Following on from Austria part 4 ended with a scary journey home in the snow and we had a quick cuppa tea and fell asleep. Waking up in the morning and pulling the curtains to see see this beautiful view out of the apartment window was the most delightful feeling I have had in quite some time and I miss it dearly.

We were so lucky to have a front facing apartment, it meant that even ont he days there was no snow it looked simply delightful. I personally think that snow makes everything a little more pretty and I don’t mind the cold one bit. Photo of me by Andykiko

Most normal people would see the snow, notice that the mountains are hidden by snow clouds and take the car back to the rental company. Oh no ! We decided we would jump in the car and and visit a few towns. We first went up the hill to the next town to have a walk around and get some amazing views of the snow.

We drove past the most fantastic icicles so once we had stopped I walked back down to find them. I realised that they had been made on purpose, someone had left water running to help form the icicles. They looked really good and I just couldn’t get over how interesting they were. I have always found icicles very pretty and if it does get colder here I may leave some water running outside and create some. 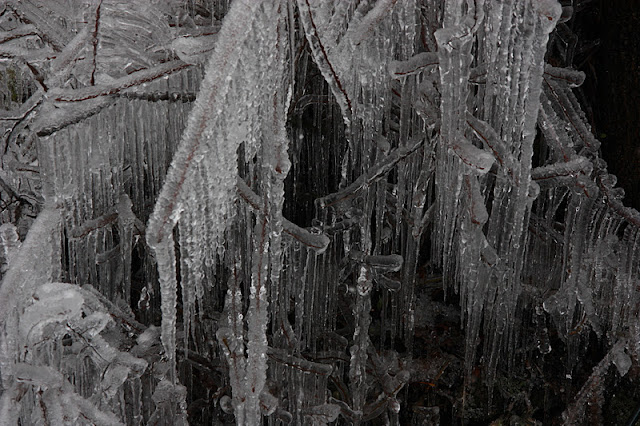 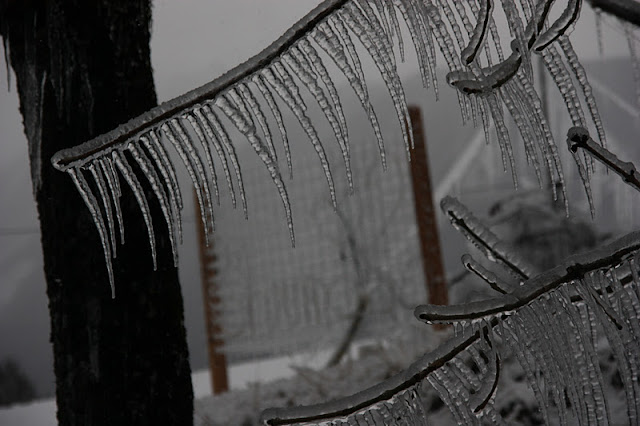 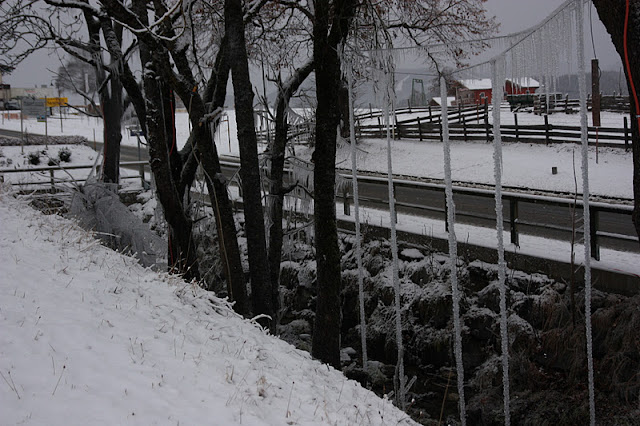 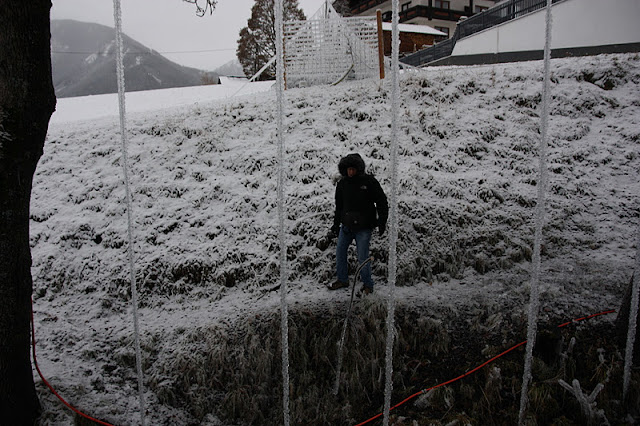 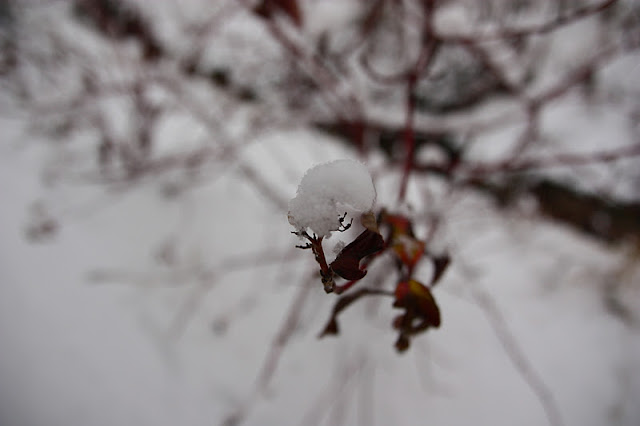 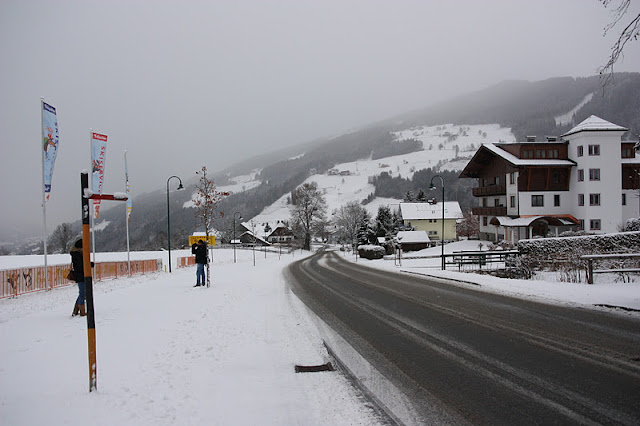 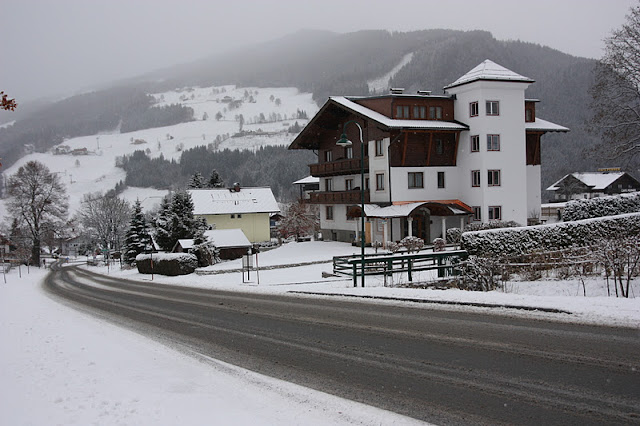 After lots of walking we made our way to another town which was a bit further away, I can’t quite remember the name of it. It was very cold by the time we arrived and the snow had started to get heavier, we decided heading somewhere for lunch was going to be the best idea.

We went to this lovely little Austrian restaurant and I had a yummy wiener schnitzel followed by a few coffees and a sneaky one with Baileys in. It was delightfully relaxing sitting in the warmth and looking out at the snow falling to the ground.

After a while we noticed it was getting very deep, we had been able to see far into the distance when we first sat down but as we drank our coffee with Baileys we noticed that the snow clouds had moved much closer.

I think the photograph above and below shows you quite well how deep the snow was getting ( look at the chair ) and there is a reason I am point this out.

So I told you that we had a snow scare during Austria Part for and now I am going to tell you about the second snow scare we had. We left the restaurant and headed for the car, we put the sat nav on and made our way out of the town, or so we thought. A few minutes later we found ourselves half way up a mountain and with no way of turning back, I should add that the snow was falling heavier at this point. We kept heading up round the mountain, all I wanted to do was get out of the car and walk but this was not going to happen. As we wound round and round the mountain I kept looking out of the window and seeing the big drop next to us, it got to the point where we were higher than the tops of the trees and those Alpine trees grow very high. Finally we found a place to turn around, which was scary as we had to head towards the edge to be able to turn around. Another car ( the only other which passed us ) shouted out the window that we need to be very careful as we didn’t have chains on the wheels of our car. We very slowly drove back down the mountain, I think the car slipped a tiny bit once, but luckily it was with the wall next to us. Being next to the wall on the way down made it much easier than looking over at the big drop on the way up. We were very lucky to have Richard driving and he kept us all safe and managed to keep us all calm (ish) whilst we were trying to get back down to where we were safe. It was honestly a very scary experience and one I wouldn’t want to go through again !
I do still love the snow and can see myself living somewhere like this at some point in my life.
xx