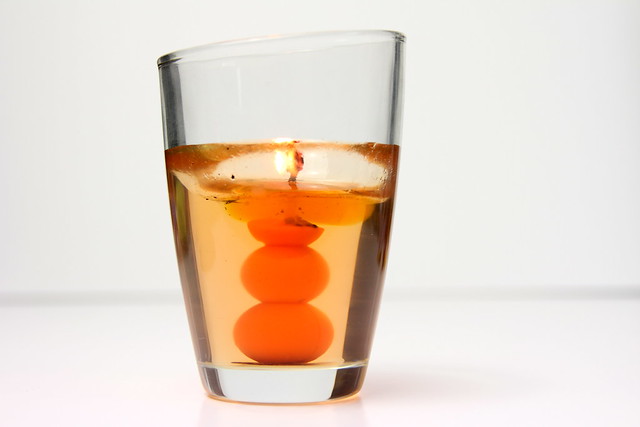 My new flat has an open plan kitchen and lounge. It sounds fancy but in reality it means that whatever you cook on Sunday will stick around ’til Wednesday. It’s a bit of a pain but luckily there are a few ways ’round it.

First off, I try to keep the windows open as often as I can. It works but it gets to a point where I have to close them incase a moth decides to visit.

I’ve also been burning candles to mask the smell of food. So far I’ve found a few which seem to work. The first one I want to tell you about was kindly sent over from Airwick. I’d never used any of their candles before and although I’d seen them in the supermarket I was never compelled to pick one up. That’s now changed.

I’ve found that these candles do a really good job at eliminating food odour. They have a strong scent to them which isn’t at all offensive. I’ve been using the Amber Mandarin Glow which smells of sweet orange and has a warming feeling to it. The smell tends to last for a day after an hour of burning. The reason for the strong scent in the candle is that it’s filled with ‘pearls’ through the middle. Each of these pearls is filled with oils which melt and burst to give an extra kick of scent.

I feel like the smell of these scented candles  is summery which makes them ideal for the weather we’ve been having. They also look very colourful and make a nice addition to the coffee table.

How do you get rid of food odours?