If you’re a fan of gin then you’re going to really enjoy today’s Behind The Biz interview. Before we begin, if you’re new around here, Behind The Biz is an interview series where I discover small and growing businesses, the people behind them and their business journey.

Today’s interview is with John Cherry, the founder and owner of Sir Robin of Locksley Distilled Artisan Gin. I stumbled upon Sir Robin of Locksley at the Cambridge Gin Festival in spring and was delighted to find a Sheffield based gin producer. James spoke about how great Portland Works is which inspired me to go and visit. Fortunately there was an open day soon after where I met John. He spoke a little more about his business journey and agreed to this interview. 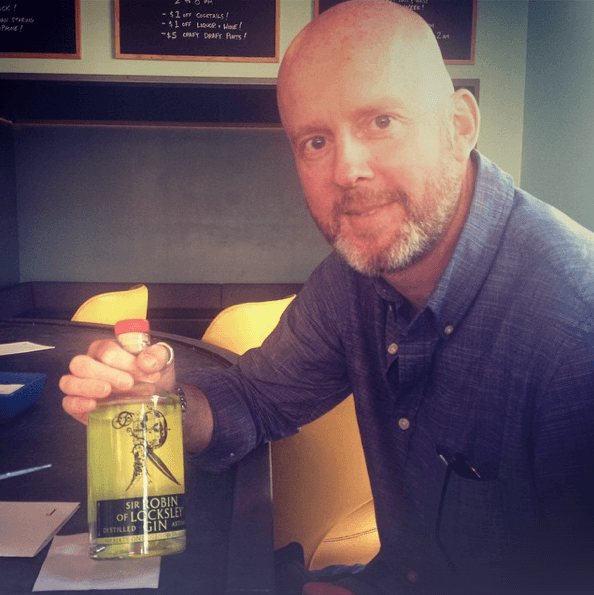 Please tell us about your business.

Locksley Distilling Co. Ltd. is the owner, produce, and distributor of Sir Robin of Locksley® Distilled Artisan Gin. I created the company at the start of 2013 to produce bespoke, premium spirits, primarily focused on gin, but with other projects planned further down the line. After 18 months of research, development, and bureaucracy, we launched our first bottling (SRoL Gin) in July 2014, somewhat behind schedule, like all great projects. I was initially operating out of my parent’s attic, but quickly ran out of space, and patience, and energy as I was running gin up & down three flights of stairs. One morning we received a palletized delivery of gin from our bonded warehouse… unfortunately I was held up getting to work, and it was a slightly comical scenario when my 80 year old mother signed for the delivery in her dressing gown. The driver of the articulated truck wasn’t sure whether it was safe to leave 60 cases of gin with her, and drove off a bit puzzled. At that point I knew we needed a proper space. After a serendipitous meeting with the Building Manager at Portland Works, we signed the lease, and quickly moved into our awesome home at the start of 2015.

Where did the inspiration for Sir Robin of Locksley come from?

The love of gin… my Gran’s to blame for that as she religiously had a Gin & Orange every weekend. I used to pick up fish & chips most Saturday’s, and take them around to her flat for lunch. Of course, as a teenager I never shied away from the odd taste here & there (pretty good food pairing by the way), and I soon became a fan of the taste, not just the buzz. As I grew up I stuck with G&Ts, even when my friends were downing pints. I’ve also been in the booze industry for some time, and had the pleasure of meeting two amazing American distillers about 10 years ago. This was at the start of the US craft distilling scene… their stuff blew me away, and I knew I had found a vocation that would fulfill my creative & entrepreneurial desires. After that inspirational spark, it was simply a matter of timing, and gin seemed to be the natural place to start, as it’s something I’ve always been passionate about.

How did you decide upon the name of your brand?

The name idea originated during a brain-storming exercise with my American business partner. We were discussing all things Sheffield, and I mentioned it being the possible birthplace of Robin Hood, with the Loxley Valley connection – as a walker & mountain biker, it’s a place that I’ve always been fond of. We played around with various iterations of his name until we came up with what we thought would work internationally, without being too twee, and something that was trademarkable. Loxley was also the intended home of our distillery. 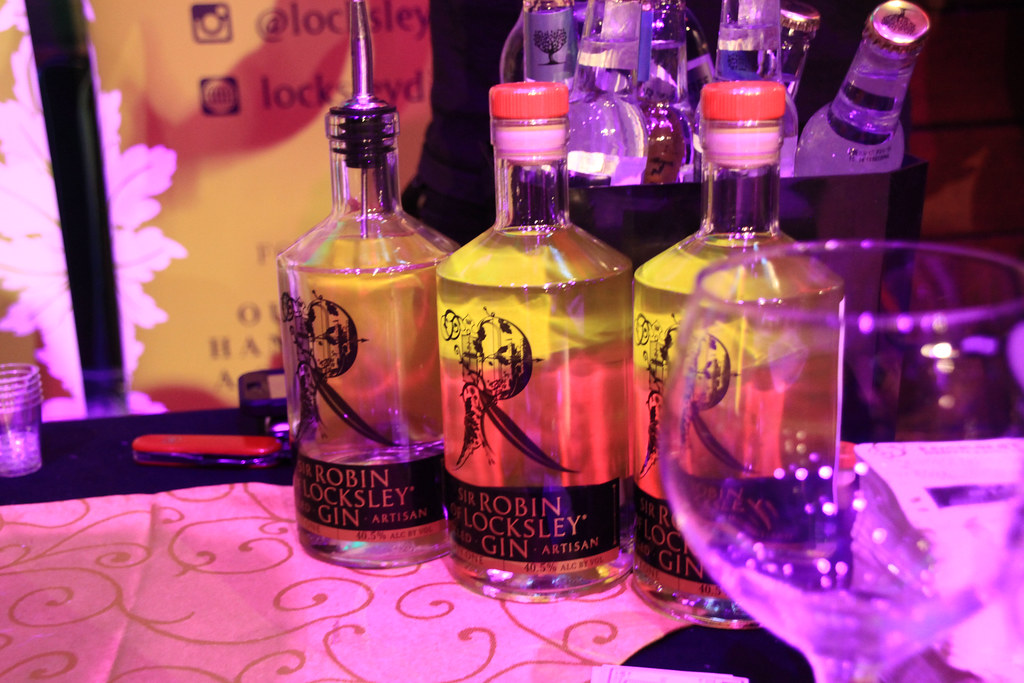 What did you do before starting Sir Robin of Locksley?

I originally trained as a designer… and worked in the construction industry as a design manager here in Sheffield. But I got the skiing bug in my early 20’s and moved to France to live in the Alps when I was 28. I lived over there for 8 years, working in the hospitality industry. Part of my job was purchasing wines, beers, & spirits for the various companies I worked for, so I was doing a lot of tasting, and visiting a lot of alcohol producers (wineries/distilleries etc.) I eventually met my amazing wife who’s American, and I moved to New York where I was lucky enough to become the General Manager & Buyer of two liquor stores in Manhattan. We lived there for eight years before moving back to Sheffield to start the distilling company.

Did you always plan to be self-employed?

Technically I’m not self-employed… my company employs me. But I have always had the ambition to create my own company, and to be an employer. I originally planned to remain in hospitality or retail, until meeting the aforementioned distillers at the end of 2006.

What has been the biggest challenge in running your business so far?

Never-ending bureaucracy & administration. I’ve been in this industry for nearly 20 years, so didn’t jump from retail & hospitality over to production with my eyes closed… I knew exactly the kind of ride to expect. But after being used to the New York pace, this country can be infuriatingly slow getting things done. I’ve got used to it now, but the New Yorker in me still occasionally pops up to yell at someone! 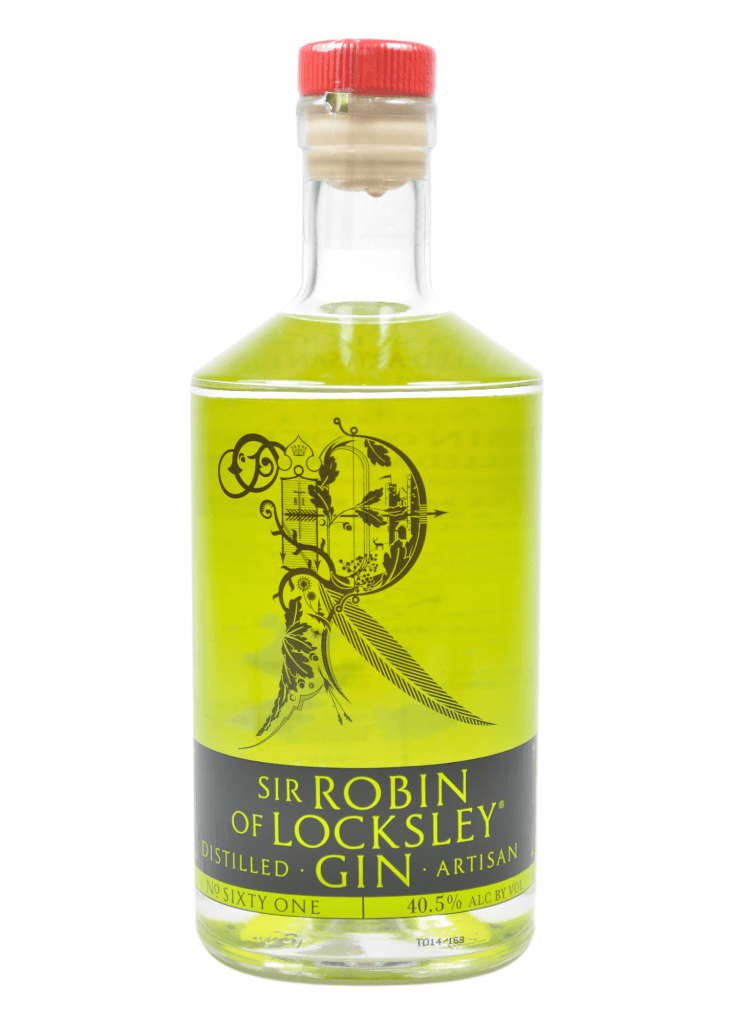 What has been the highlight of your business journey to date?

Too many highlights really… it’s a pretty cool job, so there are high points every day. But seeing our gin on the shelf of so many great places. It’s also amazing being in a bar, and seeing a complete stranger getting so much enjoyment out of drinking something I made. We’re only small, so getting my first 100 case order was pretty special too. All the licensing hurdles (I’ve lost count of how many we have) are also pleasing.

What role does social media play for your business and do you have a favourite social platform?

It’s incredibly important… from simply communication for events/tastings, all the way through to education, and other parts of everyday business. We have customers that exclusively use social media instead of other forms of communication, so it’s clearly a valuable tool. We are sticking with Facebook, Twitter, & Instagram for the time being, but I’m sure we’ll evolve as the media does. Personally, and as a former designer, I really like the visual impact of Instagram.

What advice would you give to aspiring entrepreneurs?

Go for it… but make sure you are passionate about what you are doing. Starting a business is incredibly hard work, but it is equally rewarding. I probably work around 100 hours per week, but it doesn’t feel like it – it’s my baby, and I love every day! On another note, advisers will always tell you to write contingencies into your business plan. But try to figure out contingencies beyond all contingencies – if it can go wrong it absolutely will!

Global gin dominance of course… ha! Renovation of our premises, to get up to code for production in Sheffield. We’re now almost there, and have been awaiting various bits of licensing approval, so watch this space. We have also started working with a national wholesaler, which has enabled us to have a much greater footprint across the UK. In 2017 we’re looking at taking on a full time events team to spread the gin love. Plus new top secret projects…

Thank you so much to John for taking the time to be involved with the Behind The Biz interview series. I hope you’ve all enjoyed learning more about the story behind Sir Robin of Locksley Gin. I’ve certainly been enjoying their gin and can’t wait to see how the business develops.

If you fancy getting involved with Behind The Biz please leave a comment below or drop me a message over on Twitter.