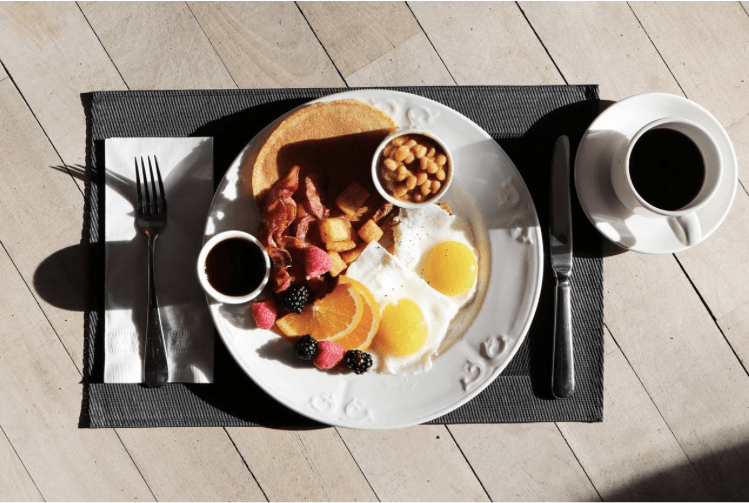 I hope you enjoy this collaborative post. I can’t wait for my next trip into London later this month. There’s lots of things on this list that I haven’t tried, I’m particularly looking forward to visiting Borough Market again.

Fish and chips and roast dinners spring to mind when you first think about British foods, which you can get in cafes and restaurants across the country. But there are some delicacies that can only be found in London, where you’ll find some of the most authentic and delicious delicacies to write home about.

One for the brave – chunks of skin-on, boiled eels in a clear jelly. Ever since they were first popular in the 18th century the eels have been imported from Holland to give Londoners a taste of this unique delicacy. The stock and vinegar that the eels are cooked in has the addition of lemon, nutmeg and other spices before cooling to a jelly. Try them from one of the handful of Victorian-style eel and pie and mash shops in London, like Manze’s.

You might think pie and mash is a northern thing but it sits hand and hand with jellied eels as part of East London’s culinary history. The same shops that have served eels for centuries have also done a roaring trade in the (much more palatable) pie and mash. You can even try the two dishes served together, as pie and mash is often plated up with a sauce made of the cooking water from the eels and flavoured with parsley.

Harry Potter has single-handedly brought the deliciously sweet Tudor delicacy of butterbeer to the fore again, this time in a slightly different form. Found in London recipe books as early as 1588, the original recipe contained beer, sugar, eggs, nutmeg, cloves and butter. During a trip to the Harry Potter Studio Tour in Leavesden however, make sure you stop at the Backlot Cafe for a non-alcoholic butterbeer that tastes like cream soda with a frothy head. They also serve butterbeer ice creams that taste of butterscotch.

If you can’t get to the seaside, roll on down to Borough Market to get your fix of shellfish in the form of cockles – another East End delight. A type of small clam, they’re often found preserved in jars of brine and are usually doused in vinegar before eating. Some stalls will also deep fry them in cornflour and coriander seeds to make a tasty cockle popcorn.

Hailing from Eton College in Windsor, Eton Mess is so simple yet utterly delicious. Consisting of just three things – meringue, cream and strawberries (sometimes with the addition of a strawberry sauce) – when wandering round London’s National Gallery I recommend you stop at The National Cafe to try theirs.

Okay, so you can get a fry-up pretty much everywhere in the UK, but there’s something very authentic about dropping into one of London’s greasy spoons, like Terrys Cafe in Borough, to get your Sunday morning fix. Bacon, sausage and eggs are a must, with the addition of whatever else you fancy – baked beans, mushroom, tomato, fried bread, toast, hash browns, bubble and squeak, black pudding, or all of the above.

After all that breakfast, you probably won’t want to eat lunch until late, or you could skip it all together and just opt for an afternoon tea of mini sandwiches and fancy cakes instead. In London you could go really crazy with afternoon tea if you wanted, spending big in places like The Shard, The Dorchester and Fortnum & Mason. There are even themed afternoon teas like the Beauty & the Beast one at the Kensington Hotel or Mad Hatter’s Tea at Sanderson.

What will you try on your next trip to London?