Today I’m here to share another chapter in my pregnancy journey.

I have quite a few pregnancy related posts going live over the next few weeks about unusual dreams, maternity clothes, scans and more. Sorry to anyone who isn’t here for that type of content but as always, there will be other posts going out daily here on PGT. There’s always a real mix of content for everyone to enjoy.

I thought I’d share a breakdown of trimesters to get us started.

Before becoming pregnant I had no idea about the different trimesters. I guess I’d simply never given it much thought. Upon finding out I was pregnant I dived into this whole new world and chapter of life ready to research and learn as much as I could.

As a general rule, each trimester is around 3 months each, which to be honest, should have been obvious.

So, the first trimester, which I’ll be talking about today, is from your very first week of pregnancy up ’til week 12 aka 3 months.

The third and final trimester is from week 27 all the way to the end of the pregnancy.

Overall I continued to go about my daily life as normal throughout the first trimester of my pregnancy. I worked as normal, went to the gym, did lots of walking and spent time meeting up with friends. I think there were 2 days where I came home from my co-working space in the early afternoon and lay watching Gilmore Girls whilst trying not to move too much. I couldn’t really eat much at all on those days other than fruit. I’d say that fruit, particularly grapefruit, mango and watermelon were my go-to foods during those 12 weeks.

I was hit with fatigue and headaches on random days but it was nothing compared to what others go through.

I had a pretty smooth ride during my first trimester which I appreciate is lucky. I also acknowledge that I’m in a position where I can come home from work or simply work from home when I need to. I’ve worked hard to create this lifestyle and hope to continue and build my business over the coming years.

My beret goes off to anyone working in a regular 9-5 throughout their pregnancy journey, especially if you have a pretty hard one. 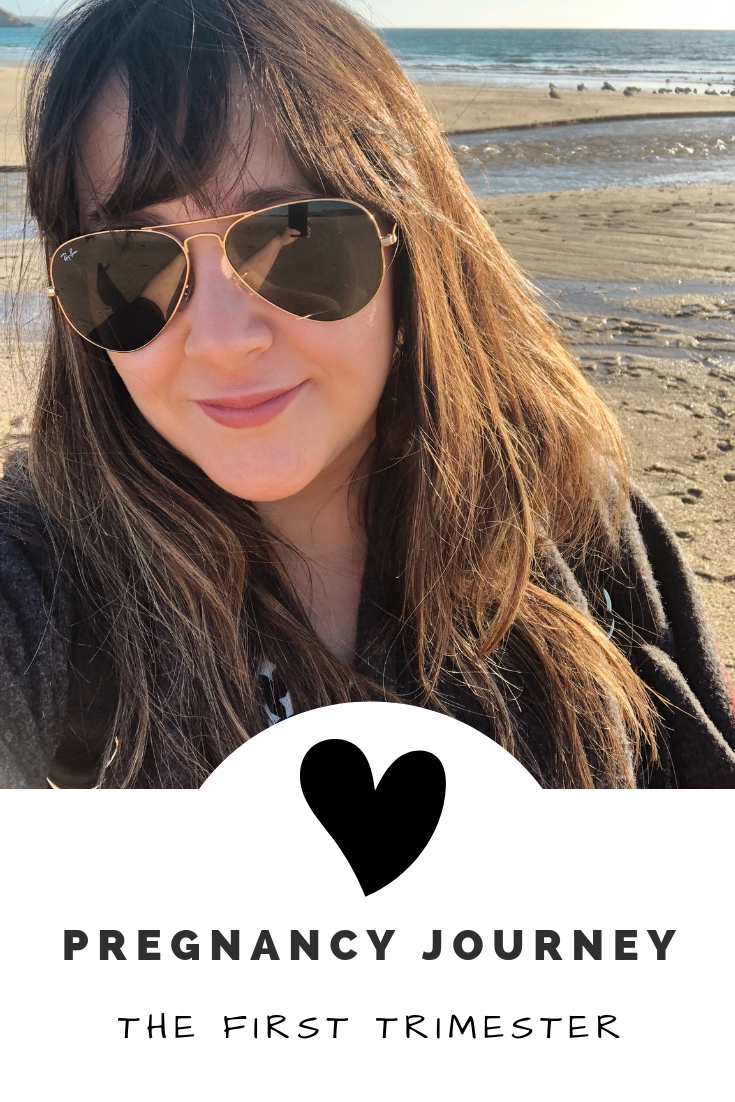 Let’s take a closer look at symptoms, emotions and cravings

– The main pregnancy symptom I was hit with was fatigue. By the afternoons I was ready to flop onto my bed, put a YouTube video on and edit photos. I just didn’t have the energy to do anything else. If I knew how to nap then I totally would have, it just doesn’t come naturally to me.

– Headaches were another big thing for me. I cut down massively on my caffeine intake so I think that’s why they were so bad. I didn’t get them daily but I did have them a couple of times a week, usually when I hadn’t consumed much caffeine or drank enough water. I curbed the headaches with 4Head and the odd paracetamol.

– It turns out that morning sickness is not just something you can experience first thing in the morning. It can happen morning, lunch and night – for many people it can last throughout the day.

– I generally felt nauseous at night, it would start around 8pm and last ’til I fell asleep. It was irritating but easy enough to cope with.

– I also felt nauseous first thing in the morning and would have to have a couple of Rich Tea biscuits (real life savers) before getting out of bed. This usually helped the sick feeling to fade away and after I’d had a proper breakfast of Marmite on toast or porridge I’d be good to go.

– I haven’t been sick through my pregnancy journey but then again, I generally don’t get sick easily. There were plenty of moments of feeling nauseous though. I found that eating smaller meals on a more regular basis throughout the day worked well for me.

– My sense of smell became super sensitive and it still is. If we make fish for dinner I can smell it in the house, on my clothes and even in my hair for at least a week after. It makes me feel a bit ill thinking about it.

– I experienced an eye-twitch for the first time ever and as I’m typing this it has come back around. I think it’s from pure exhaustion which is no joke during the first 12 weeks of pregnancy.

– I didn’t think I’d had any particular cravings but looking back it was probably fruit. This isn’t unusual for me though. I found myself wanting to eat fruit like mango, green apples, oranges, watermelon and pretty much anything I could get my hands on. I also went off anything with too much flavour. I used to opt for the BBQ crisps every time but now I can’t get enough of ready salted.

– Phil’s just reminded me about the week where I really craved a McDonald’s milkshake. I don’t think I’d ever had one before but something was making me NEED one. I caved and got a chocolate one. Luckily that craving was gone after. I’m not sure how my eczema would have been if it was a regular occurrence.

– Towards the middle of the first trimester, I found I just couldn’t drink coffee at all. Half a cup and my heart would be racing. Although I was already having one decaf cup a day, shout out to the delicious Nespresso decaf pods, just as good as regular ones – yes, you can recycle them. I’d usually have a second caffeine filled cup later in the day. This was mostly to curb my headaches. It got to the point where I couldn’t even enjoy decaf for a couple of weeks and so I focused on just having breakfast tea.

– When I wrote about finding out I was pregnant I mentioned that one of the very first signs I noticed was that my boobs hurt, a lot. This continued throughout the first and part of the second trimester. Ouch!

– I didn’t have many ups and downs when it came to my emotions. I’d originally expected to find myself crying randomly throughout the day but it didn’t happen (it has on the odd occasion in my second trimester though). I found my emotions were pretty good and I was mostly in a state of feeling content with my new life chapter. I also noticed that my anxiety totally vanished. I’m really pleased about that as I’d been expecting it to go the other way.

– My eczema was pretty bad throughout these first 12 weeks and I soon realised that was due to the lactose coating on the folic acid tablets I was taking.

If you have any pregnancy questions then feel free to leave a comment below.