Oh Munich you were so good to me whilst I was with you. It was so green everywhere and so peaceful ! I felt very much at home in Munich.

The three photos below are of around the Olympic stadium and BMW Welt area. The first day we were there it was very very hot. The kind of heat that really makes you not want to be walking around, but to be sitting in a café sipping iced coffee.
Oh yes, speaking of iced coffee – I ordered one in a café and it arrived with ice cream and cream on. Yes it was VERY yummy and yes it made me feel very guilty. However I had been expecting a regular iced coffee. You know the kind – coffee, milk and ice ! But what arrived was actually a dessert ( and it arrived before my meal too). However it was yummy as I said ! 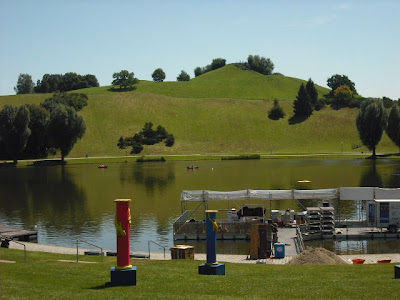 I could have sat here for hours looking at the glittery water and beautiful green. But my friends wanted to see inside the Olympic stadium ( which is about 20 years old i believe ) and look fantastic. 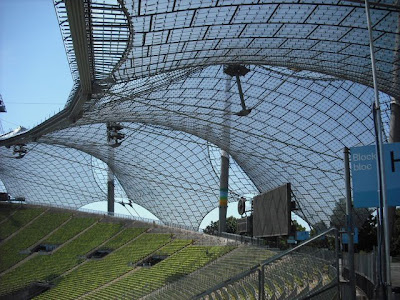 The structure was so interesting and looked rather futuristic ! 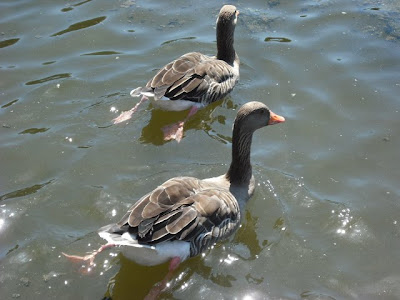 Two pretty little things in the photo above, so near the side of the water awaiting for bread and any available snack ! 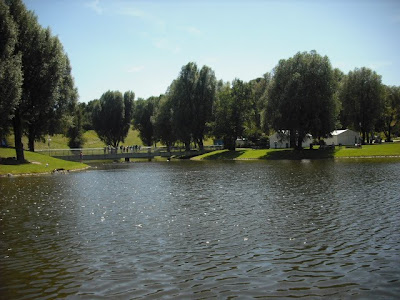 Here you really can see the water in all its glittery glory ! That was thanks to the sunshine. But how a pond of glitter would be so delightful perhaps ! 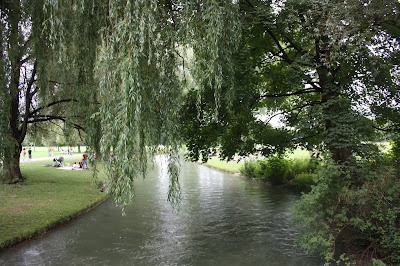 Ah above we have the English Garten which was also very beautiful ! A huge park with a lovely stream, people having picnics, people jogging and cycling through and a lovely beer garden in the middle where we could attacked by a few wasp type creatures ! 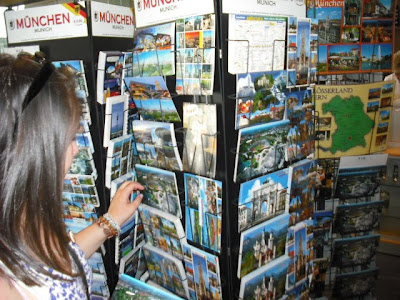 I really am one for sending postcards, its part of my holiday. I obviously don’t send them to any old friend as i know some really could’nt care less where people are on holiday unless they are there too! I always send one to my family , my grandma and a few friends from blogs who also like to exchange post cards ! 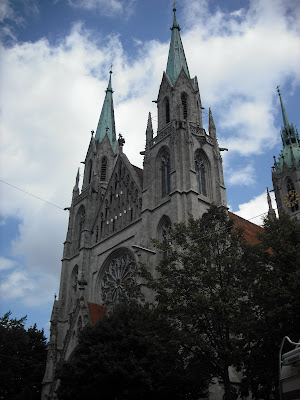 Almost getting run over by people on their bikes seemed to happen often, and at moments id forget the cycle lane and almost get run down ! I soon began to remember the cycle lane more after a few near misses !

I do like how everyone seemed to travel around by bike as well as the many people i saw jogging through the town ! Everyone seems to be so into keeping fit , and not to mention it is very friendly towards our poor environment ! 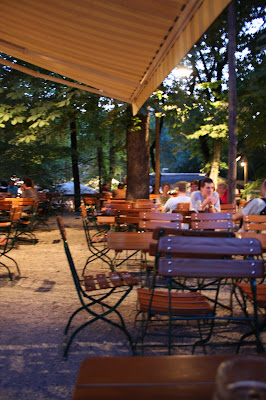 Beer gardens – They were everywhere and they were cosy, friendly, full of life and laughter ! What i like about Germany and many other European countries is the fact that they go out and drink beer for enjoyment, if they get tipsy well yes they get tipsy. But us English have that “yeah lets get wasted tonight and mess up the town” kind of vibe going on. I know its only the minority yes but still its not a pretty image. Before you ask Yes i drink alcohol … !

I guess the only little thing I am trying to say is that in these European countries children will drink with their family at home from a very young age. Where as when you hit perhaps your teens in england you start drinking and USUALLY without the family around. Maybe if having a glass of wine with your meal from a younger age ( I do not mean really young of course) then maybe these English kids would be able to handle their drinks a little more.

Having said all this the above photo is one very lovely beer garden where we drank many a beer ( as well as coke/lemonade with orange juice – yummy) and yes got very tipsy !