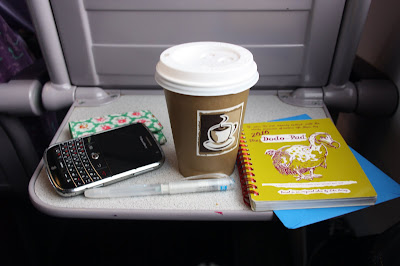 A cup of tea on the train to Manchester and writin a card ( its the blue thing under my diary ) and guess what. I lost it…in the cinema I think. I am so sad as I had spent so much time writing it and filled it with love, tears and rainbows ! 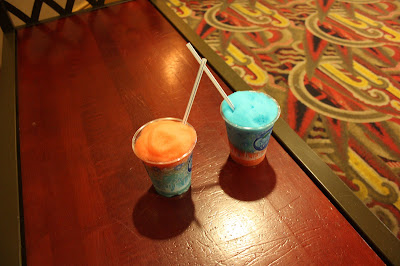 I always get one of these fuzzy drinks when I go to the cinema. As I have mentioned before I seem to have such an issue going to the cinema, I just never get round to it! However, I have seen two films in the past few weeks ! Shock horror ! I also really enjoyed going to the cinema …the whole concept of it : 3d glasses, fuzzy ice drink and my big warm hoody!
Alice In Wonderland

If you go to see Alice in Wonderland make sure you see it in 3d …I thought it was just fab and really wanted to reach out and grab one of those fly argaric mushrooms !
Edit: I will say that there was NOT enough Tim Burton in this film for me and maybe a little too much Disney..it did need a lot more of Tim’s touch to it…but dispite this I did really enjoy it!

We picked this film as it was the only one we “kinda” wanted to see when we arrived for a bit of Orange Wednesday! I really enjoyed the film… well most of it , infact it is still playing on my mind right now. It really plays with your mind and after a lot of thought I think that they turned him nuts.
Leonardo DiCaprio- I have so much respect for this fantastic actor, I was never a fan at the start of his career, but he has just grown and grown ! He learns from every role he play and continues to progress and grow as an actor.
xx
7
Facebook Twitter Pinterest
LinkedIn Email