On December 3rd me and my friends met at Manchester airport. We had checked in online ( I say we.. I mean my friend R sorted it… thanks ! ) and were able to put our bags through quickly, have our on flight backs checked and be sitting enjoying coffee and breakfast before heading for boarding.
Whilst waiting to board the plane I noticed the amazing ceiling above me. It reminds me of the original Charlie and the Chocolate Factory, there is one bit where Charlie and is grandpa float higher and higher and nearly to the ceiling exhaust. 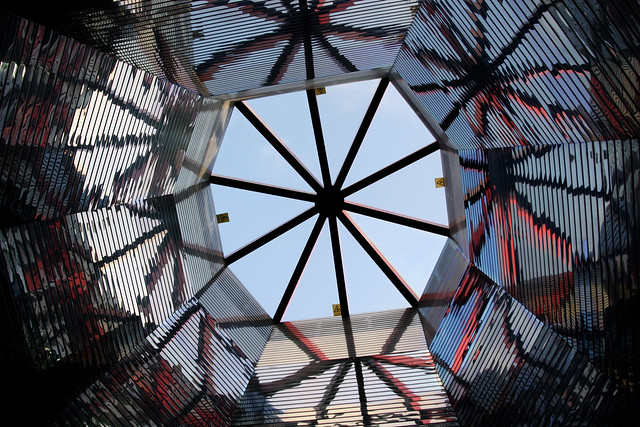 We arrived at Munich airport and jumped on the train to the centre of Munich. From there we made a quick dash to Aldi to stock up on yummy food for the train journey to Schladming in Austria. It was a four hour journey which went quite quick as we were playing Monopoly on the iPad ( which is fantastic for travelling ) and taking in the lovely scenery before it became dark ( which happened within half an hour ).  Towards the end of our train journey a group of drunk people clambered onto the train and sat near us, they were heading to Schladming too, we found out we were arriving on the day of the ski season opening party. There was going to be lots of drinking, live music and icy pavements ready to meet us once we arrived. 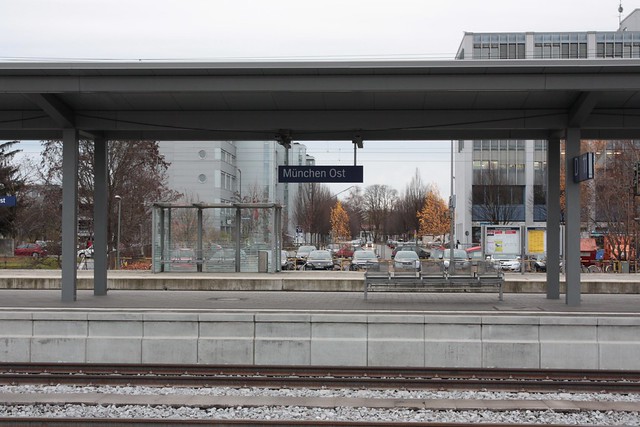 I don’t have any photos of that first evening, but I can tell you that we went straight to our hotel, wrapped up extra warm and headed down the steep hill to find out where the party was happening. Schladming is a tiny town so it didn’t take us long to find that there was a small festival going on, I think Thirty Seconds To Mars were taking the stage as we arrived. We ordered some Gluehwein which is the Austrian version of mulled wine but filled with many more spices. If you like mulled wine then you are sure to love Gluehwein, it also keeps your hands nice and warm which is a bonus. After drinking too much Gluehwein we went into a very smoky pub, it seems they get away with smoking indoors in these small towns. I think it’s because they have a separate door to where they serve food. We stayed there for a while and then headed back to the hotel for a good sleep. 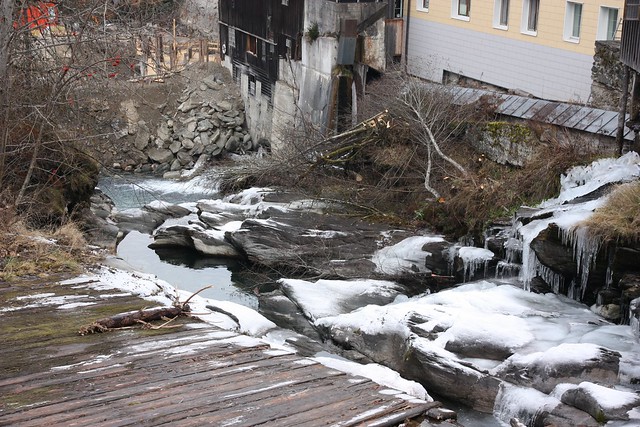 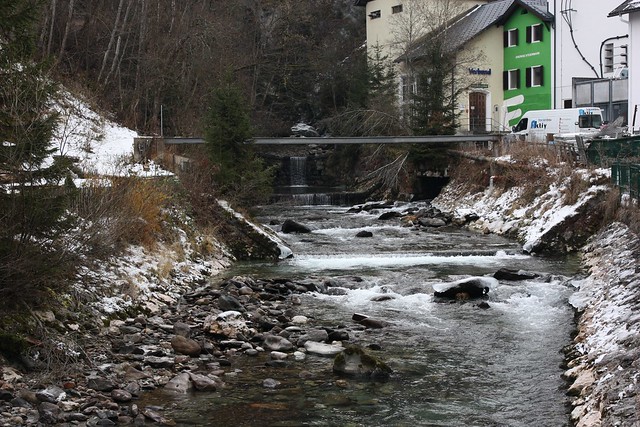 The next morning we headed back down to the town, it was a long walk down from the hotel, we did lots of walking on this holiday which is always good. It was amazing how clean the town was as just a few hours before it the floor had been full of empty cups and rubbish. If it was England that mess would have stayed there for days. I think that having to do lots of walking when you are holiday means that you will be sure to have adventures, we found several ways to cut out part of the big hill up to our hotel over the week we were there. Finding new ways to get back to the hotel meant we found some pretty streets and a lovely icy river, we hoped that this meant the snow was on it’s way. 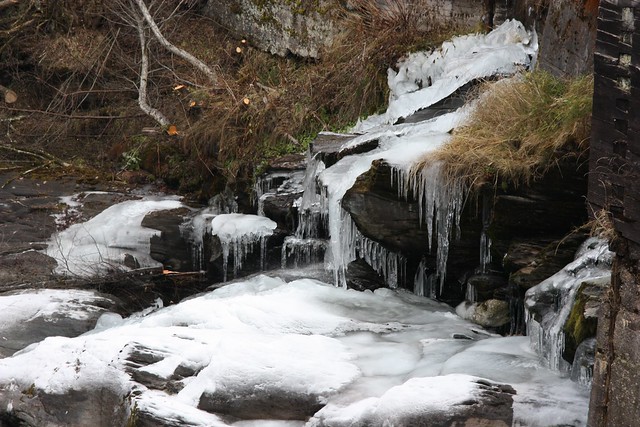 As there was no snow (at this point), we couldn’t do any skiing. We walked around the town and as it was Sunday and nearly everything was closed, we ended up finding out where everything was (not hard in a small town),  drinking lots of coffee and eating yummy snacks at the Winter Garten. With my tea I was given a tea timer so I could decide what strength to have my tea. I had never seen one before, I need to keep my eye out for one to buy. 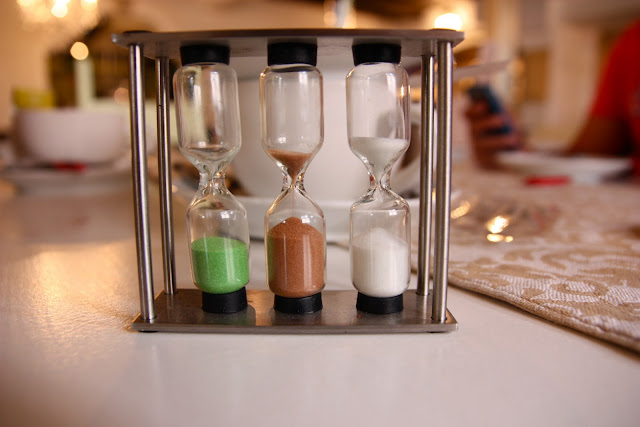 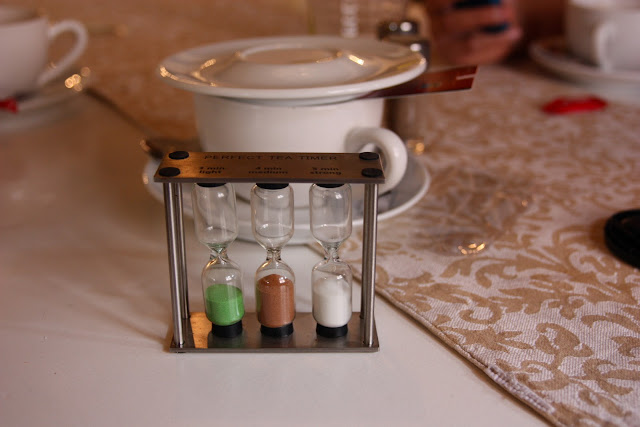 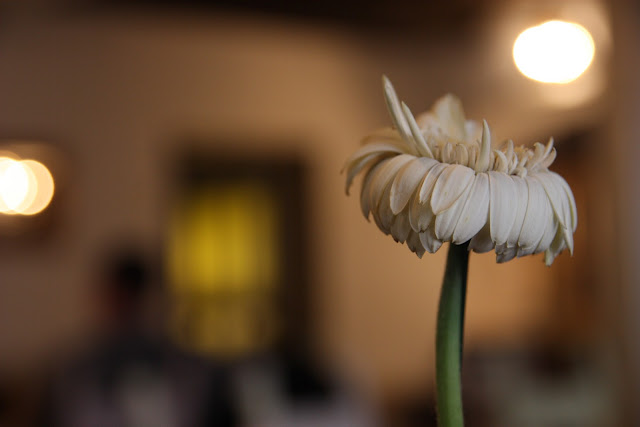 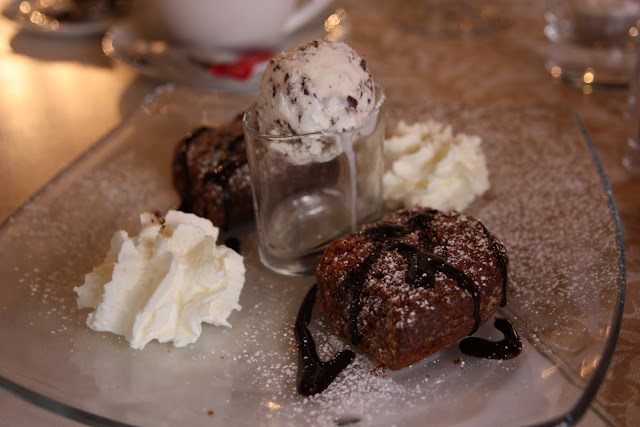