..you never know how the weather may change. 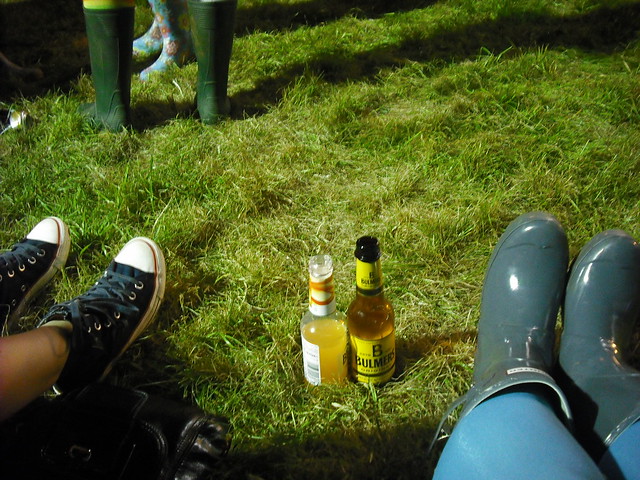 I usually take two pairs of shoes to a festival which tend to be wellington boots and Converse. I went to V Festival last weekend but for some unusual reason I decided I would only take my new short Hunter boots. My friend was very wise and as you can see in the photo she is wearing her Converse is the lovely sunshine whilst I sat there overheating in my wellington boots. I knew that the weather was meant to be good over the weekend but having been to lots of festivals where there is usually a bit of rain I was sure the rain would fall. The rain did fall but only for about twenty minutes and then the sun was back out. I had decided to only take one pair of shoes so that I could have more space for rum and so that my bag wouldn’t be as heavy. I still managed to struggle with the bags I had when we were walking to the tent, so it seems an extra pair of Converse in my bag wouldn’t have made much of a difference. Do you take more than one pair of shoes when you go to a festival?

Whilst I was at the festival I spotted people walking bare foot because it was so hot. Yes, it was too hot to be wearing wellington boots but was it really that hot that you had to walk around with no shoes through the muck and especially around the toilet area. I really don’t think so.