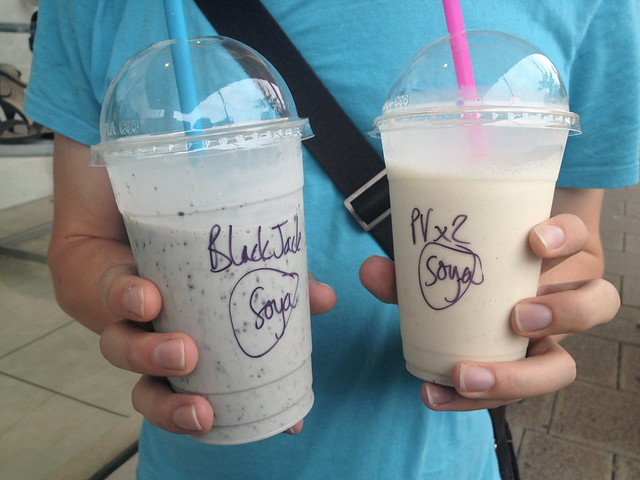 Parma Violets, do you love them or hate them? What about Black Jacks or Fruit Salads? Finally, do you like milkshakes? If so, read on.

I went to a milkshake bar for the first time this summer. My body doesn’t work well with dairy so I’ve often avoided these places. That was ’till the other month. My friend pointed out that most milkshake bars also have soya ice cream as an option (extra 70p). Yeah, an extra 70p on top of the silly prices they already charge. This didn’t deter me though and on a hot summers day I decided to try out the much socially hyped Parma Violet milkshake. I’d seen people shouting about this milkshake all over the blogging world (The Tea Drinking English Rose started it) and on Twitter. I decided to do what everyone suggested and get an extra pack of Parma Violets chucked into the mix of soya ice cream and milk. This cost quite a bit, but it was a one off (I’ve now realised they’re pretty easy to make at home) and very tasty. I couldn’t stomach a whole small milkshake, it’s just too much for me – make sure you have a friend handy to share yours with. 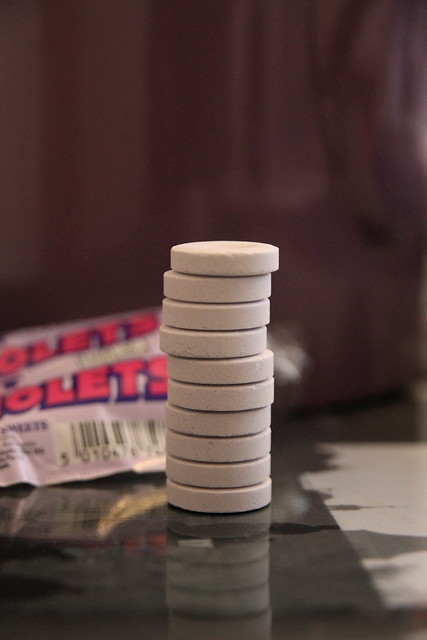 I mentioned that these were really easy to make at home & much cheaper. Though this isn’t a proper recipe post I thought I’d just give you an idea of what to do.

1 – Get yourself a badass blender

2 – Scoop in some soya ice cream – Swedish Glace is yummy