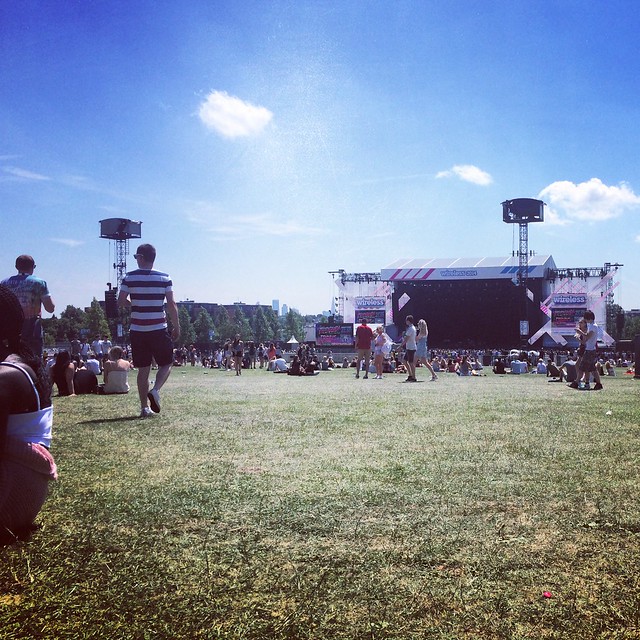 Last Thursday I headed to London with A for the Friday line-up at Wireless festival. This was my first time attending and I can safely say that I’m keen to go back next year. The festival is located in Finsbury Park, very handy for all you lucky Londoners. It was a welcomed change to stay in a hotel instead of a tent.

For some reason I didn’t take a lot of photos. For once I think I was quite happy relaxing with a big cup of cider in the warm sunshine. This was the first real break I’d had in a while and I was ready to fully cut off. 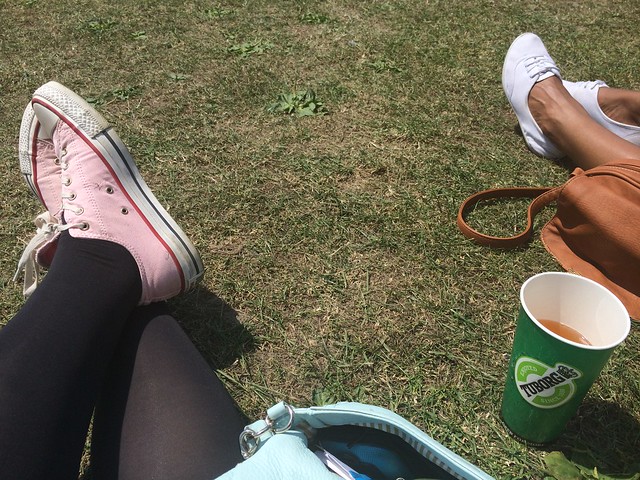 The festival had three stages which were all in easy walking distance of one another. Some festivals have the stages set quite far apart which can be irritating if you want to catch a few sets on at the same time. Wireless always has a fantastic line-up. We saw Iggy Azalea, Tinnie Tempah, Foxes, Pharrell Williams and Kanye West. I enjoyed going to a festival with a hip-hop focus for a change. That’s not something you get a lot of here in the UK. 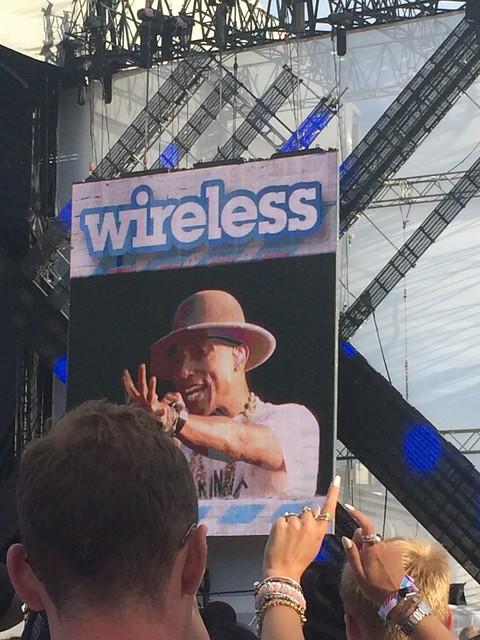 Tinnie Tempah gave his set everything. I knew it would be fun but I didn’t expect it to be quite that good. It was full of energy and he really got the crowd going. Pharrell’s set was also bloody brilliant, maybe even my favourite of the day. It was fun, up-beat and not only did he include his solo stuff but there were some top N.E.R.D tracks, Nelly’s Hot in Herre and Gwen Stefani’s Hollaback Girl (which he produced). Most importantly the atmosphere was on form and it really left you feeling happy and excited for the night ahead. 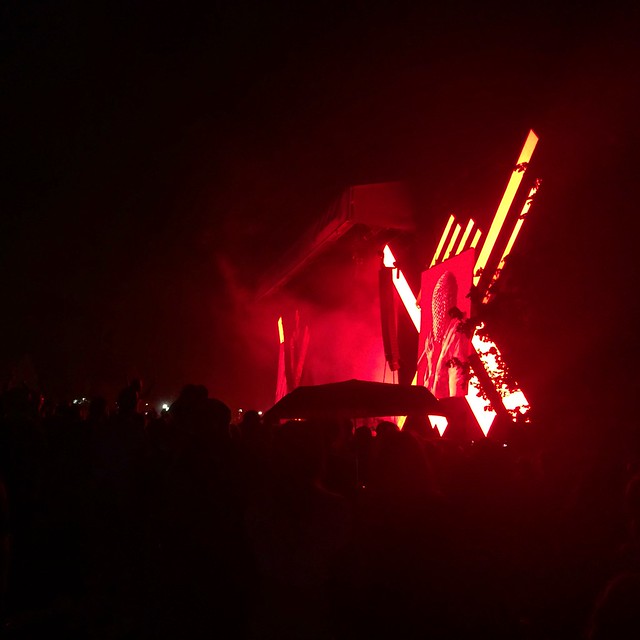 Kanye opened with Black Skinhead, one of my favourite tracks from Yeezus. He was wearing that creepy-ass mask but the lighting and stage looked awesome. I’m sure you’ve all heard by now that Kanye went on a little rant, it’s all people are banging on about. At first I was happy to listen (illuminati, amiright?), but after 15 minutes I must admit that it became draining. People booed and shouted up at the stage, poor sod. However, once it was out of his system the set was fantastic. It was full of energy, lighting perfection (of course) and I’d love to see him again. The setlist included over 20 songs, I think I forgive him for his rant..!

Let’s talk food for a moment. I didn’t expect much to be going on other than a few burger vans. Thankfully, I was wrong. There was a fantastic range of food trucks and stalls dotted around the festival. I spotted delicious hipster burgers, duck wraps, Indian wraps, Portuguese food, big plates of noodles and much more. I even spotted coconuts and fresh lemonade, you can’t really ask for much more.

One of the important things for me at festivals is the toilets. If the toilets aren’t looked after (I’m looking at you V Fest) then it really does ruin the experience. Wireless did a fantastic job at keeping things clean and under control.

My only tip for next year would be to leave the venue at the end and walk on to the next tube station. Don’t aim for the nearest because you will be in a queue for hours.

Have you ever been to Wireless festival?

Shop Jumpsuits & Rompers, Shop All, Loafer / No Show Socks, Racerback Bras and more. Get this widget.