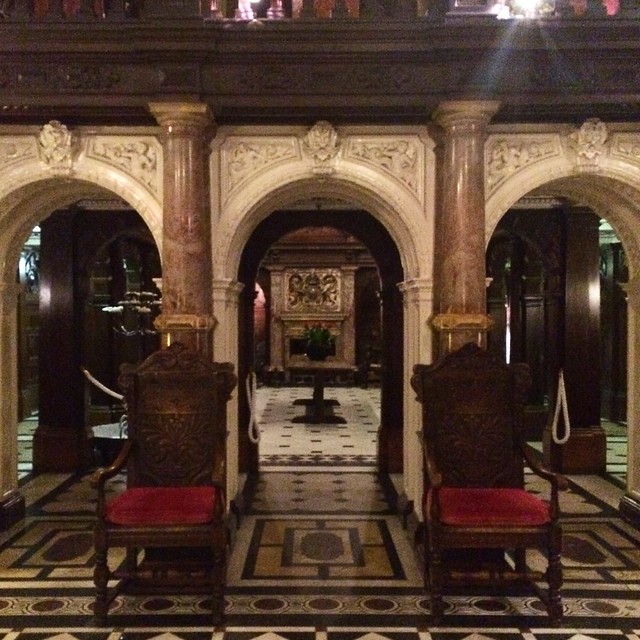 I woke early to the sunshine streaming through the window. I probably should have closed the curtains the night before, but I was feeling rather tired after the busy day. It was actually quite nice to see the sun, the lat few days have been very grim.

It didn’t take me long to get ready, I was keen to get my hands on a strong cup of coffee. I met with the Librarian and Becky and we began to pick away at breakfast. We expected Beth to join us, but time went on and the Librarian headed off to see if she was feeling ok. You’ll never guess what (you will), it seems that Beth went missing in the night. The Librarian was very concerned and immediately informed the police. He sat for a moment, contemplating the latest mystery. He then jumped to his feet and gestured for us to follow him.

The Librarian took us down to the creepy basement and explained that we would find lots of books for research and insisted that we help him find out which monster could be causing these horrible events. There wasn’t much of an opportunity to ask questions and before we knew it he was sprinting up the stairs to his study.

It seems as though the Librarian thinks we will find something before the police, I personally keep hoping that Mulder and Scully will appear around a corner and sort this out.

Neither of us fancied knocking about in the basement for too long. We picked up armfuls of books and headed up the long winding stairs. All of a sudden Becky flinched. My eyes darted around the staircase and I spotted a figure that could possibly have been Georgina, I know that sounds crazy, she’s been gone for days. Books flew up in the air as the figure brushed passed us. We let the rest of the books fall to the floor as we followed after the figure. We searched every room in the mansion but couldn’t find anything, except for more books and a continual lack of phone signal. 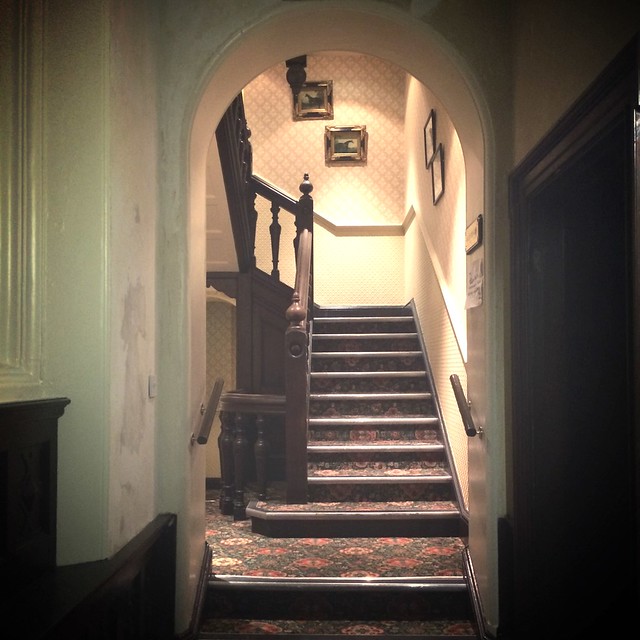 After a couple of hours we gave up and returned to the stairs to collect our books. The Librarian was engrossed in research. His room was covered in books and papers, it was a bit of a mess. Unorganised chaos, some may say. Becky and I made a cuppa and settled down in one of the more cheerful rooms we’d stumbled across earlier in the day. We weren’t totally sure what we were looking for, but we kept at it, there wasn’t much else to do.

I couldn’t push the idea of this whole thing being a game out of my mind, perhaps I would be next, or maybe Becky?