Career Inspiration is a new series here on Prettygreentea. I’ve spent the last few months interviewing an inspirational and hard-working bunch of people from the blogging world. The aim of these interviews is to help those of you looking for career inspiration or simply a kick of motivation.

It’s very hard to know what you want to do in life and I’ve always loved finding out what others do and the journey they took to get there. So, I hope you enjoy my interview with Drea, a freelance film producer based in London. 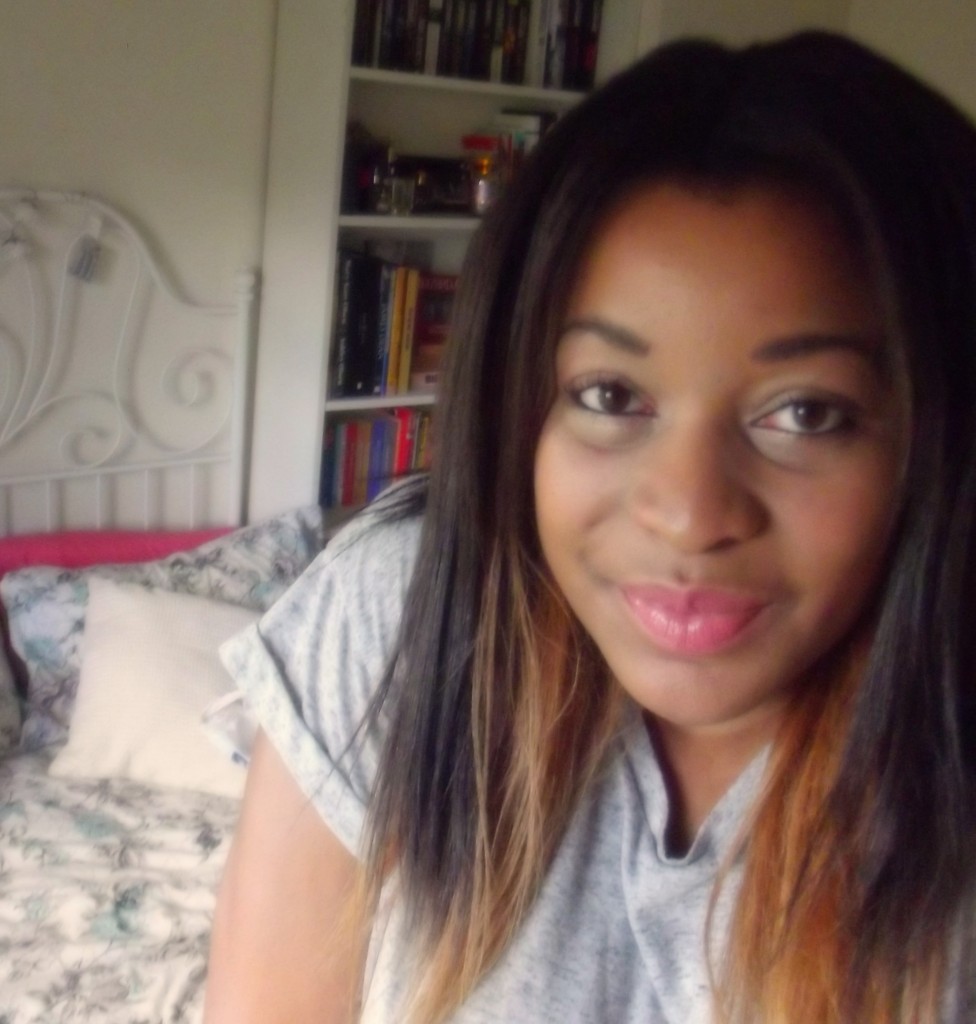 I’m really enjoying your blog at the moment, it’s a good mix of topics. When did you start it and does it play a part in your career?

Thank you! Well I actually started my blog back when I was a student mainly consisting of outfit posts, wishlists – typical blogger stuff really! I recently decided to revive my blog and focus more on all aspects of my life and interests which are pretty varied – I can go from talking about nail polishes to books to what I’ve been up to film wise. I think it plays a part in career because it makes what I do seem more accessible – most people don’t actually know what working in film production actually consists of, and it helps get my name out there and showcase some of my projects.

When did you decide you wanted to work in film?

Around the age of 16. Sometimes I try to think back to when was the exact moment but I honestly can’t remember. I was studying English and music production at college and one day I must have had a light bulb moment and decided I needed to study film, so after I got those AS Levels I started all over again and chose film and sociology. It was at college that I fell head over heels for everything to do with film – I had awesome teachers so that helped!

What did you study at university and has it benefited your career journey?

I took Film Studies at the University of Kent and it definitely helped a lot – my course was divided pretty evenly between theory and practical, so half the time I was learning about film history and the other half I was shooting and writing. The biggest thing for me was uni helped shape what side of film making I wanted to go into. I noticed on projects I would gravitate more towards the organisational aspects, so by the time I graduated last year I knew I wanted to produce, as opposed to directing or cinematography.

When and why did you decide to venture into the freelance world?

I was working full time in retail once I finished uni, and wasn’t getting anywhere applying to production companies – I wasn’t even getting responses for internships. I decided the only way to get my foot in the door was to start doing things myself – working for free, getting experience, meeting people. I went completely freelance in April and I’ve been pretty fortunate with jobs coming my way, but it most definitely hasn’t been easy!

Have your friends and family been supportive of your decision?

Completely. I have a pretty creative family: my dad’s a cartoonist, my mums a journalist and psychotherapist, one sister is a fashion designer and the other is a musician so creativity was actively encouraged in my house! When I told my parents I was quitting my day job they were fully supportive and encouraged me to pursue what they believed I could achieve, which for me was the biggest boost of confidence I could have received.

Congratulations on your current project, The Journey. Can you tell us more about your involvement in the film please.

Thanks Daisy! I’ve been a producing a feature film called The Journey, focused on budgeting and finance, marketing and I’ve been organising our London premiere which is at the end of November. It’s a low budget feature shot between London and Greece, and we’re super proud of it. Our writer/director, Lance Nielsen is an incredibly talented guy, who has managed to tell this epic story which we really feel a lot of people are going to be able to relate to – our premiere selling out all 300 tickets in 5 days was a pretty good indicator! 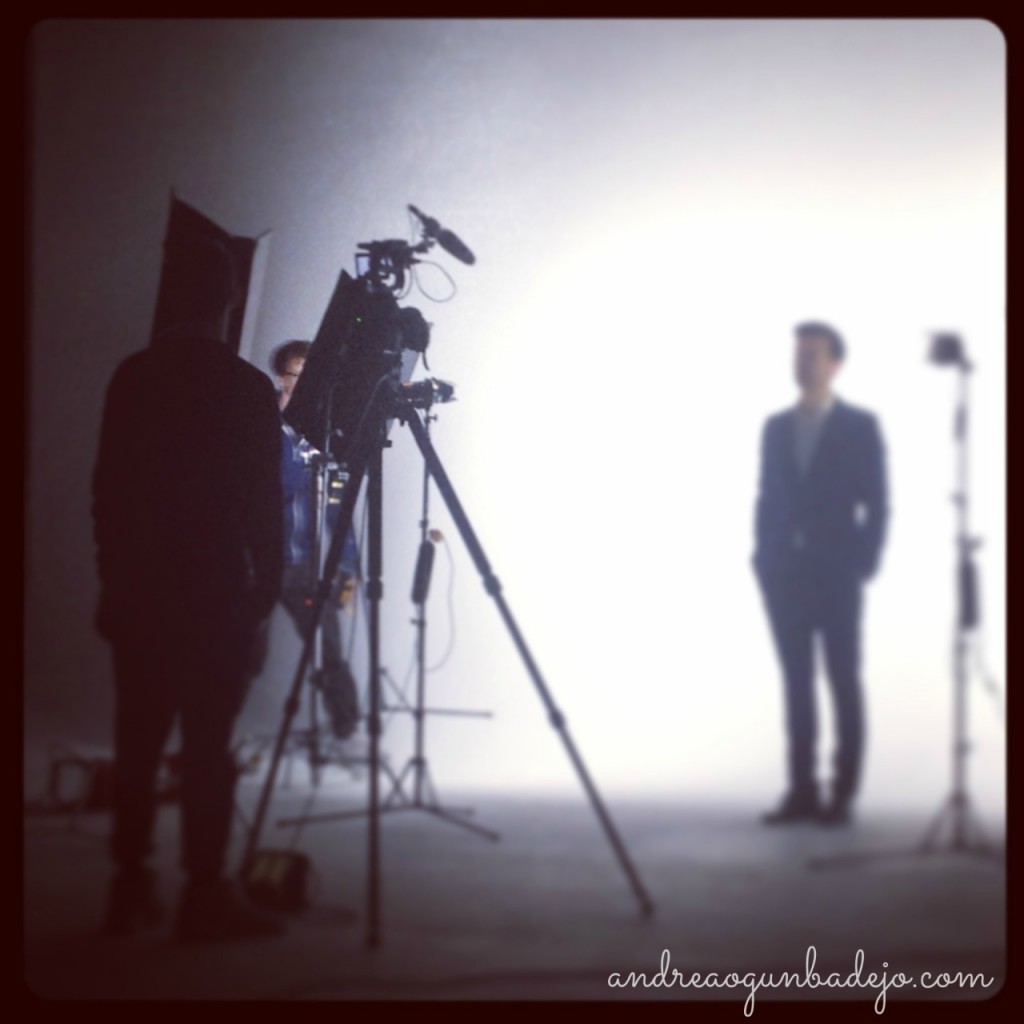 What projects have you worked on during 2014?

I’ve worked on quite a variety of projects this year – music videos, features and shorts. The last film I was involved in was something I production managed – a short called Coil by director Stephen Kenny. It was shot out in Galway, Ireland which was really great – I actually spent a year studying in Galway at the National University of Ireland a few years ago so it was great being back and I got to chance to work with some of my friends out there who are doing some really cool and creative things.

How do you find clients and projects to work on?

That is hands down the hardest thing about this industry. Most jobs are found through referrals so for someone starting out that can be quite hard. Scouring websites like Mandy.com and filmandtvpro.com can definitely unearth some great opportunities for crew positions (production coordinator, production manager etc), both paid and unpaid. I also go to different industry and networking events where I tend to meet a lot of people who I can potentially work with. Being a producer I also get emails pretty regularly from directors and writers who are looking to bring their projects to me to produce, so I always try to be working on something at any given time.

There’s two different types of typical days – when I’m on a shoot and when I’m in development. On a shoot, I would normally be up at around 5 or 6am to be on set for 7 or 8, which is usually the call time. If I’m managing or coordinating the shoot, I’m usually overseeing all aspects of the production – handling the petty cash and daily finances on set, managing the runners, liaising with the assistant directors to make sure we’re running on time, dealing with any issues that arise, and also trying to get my head down to plan for the next day. Shoots are pretty intense – my friends and family pretty much accept that they won’t see or hear from me for however long the shoot is!

When I’m between shoots or in development, I’m usually up around 9am, and I’ll check and reply to emails for a while. Then I’ll spend a good amount of time looking at different film job websites, seeing what films coming up are looking for production crew – anyone who works freelance knows it’s a constant priority to find the next job. Then I’ll spend the bulk of the day on whatever project I’m working on – usually that’s putting a budget together, researching, or scheduling. Then I’ll try and find some time to write a blog post!

What keeps you motivated?

Each job I do, I get more confident and even more sure that this is what I want to do. Sometimes it’s hard – either because the time between jobs is slightly too long, or a shoot is stressful, and all I want to do is crawl under the covers and watch YouTube videos all day (which, ya know, I do on occasion). But I just keep reminding myself that I’m lucky enough to be able to make a living off something I love.

What direction do you hope to take your career over the next year?

I created and launched a production company, CWO Films, with a super cool and talented director Adrien Biosse Duplan, who I’ve worked on a bunch of projects with. We are currently working on our slate for the next year, and we have quite a few projects in the pipeline which is really exciting.
Once The Journey premieres, it’s time to start working on its distribution, which is the last main phase of filmmaking for a producer. I would love to get another few features under my belt in the next year, as well as grow my company.

Finally, do you have any tips for others wanting to pursue a career as a freelance film producer?

The main thing for me is to know exactly what you want and go out and make it happen. I hear a lot of people say “I’m just gonna work as a runner for loads of films and hopefully that will lead on to other things.” Being a runner on loads of films just shows you’re good at being a runner. Running is good to get set experience and make contacts, but go out there and produce small projects – work for free, get your name out there. It’s the only way to get experience. The industry is tough on young people trying to make their way so don’t get discouraged: be professional, be confident and believe in your talent.

I want to say a big thank you to Drea for taking part in this series. I wish you the best of luck with your career and hope that 2015 will be just as busy and exciting as 2014. You can find Drea over at Drea’s Junkyard, CWO Films, Andrea, Ogunbadejo, Twitter, Instagram,

If you would like to take part in my Career Inspiration series then just drop me a message on Twitter.