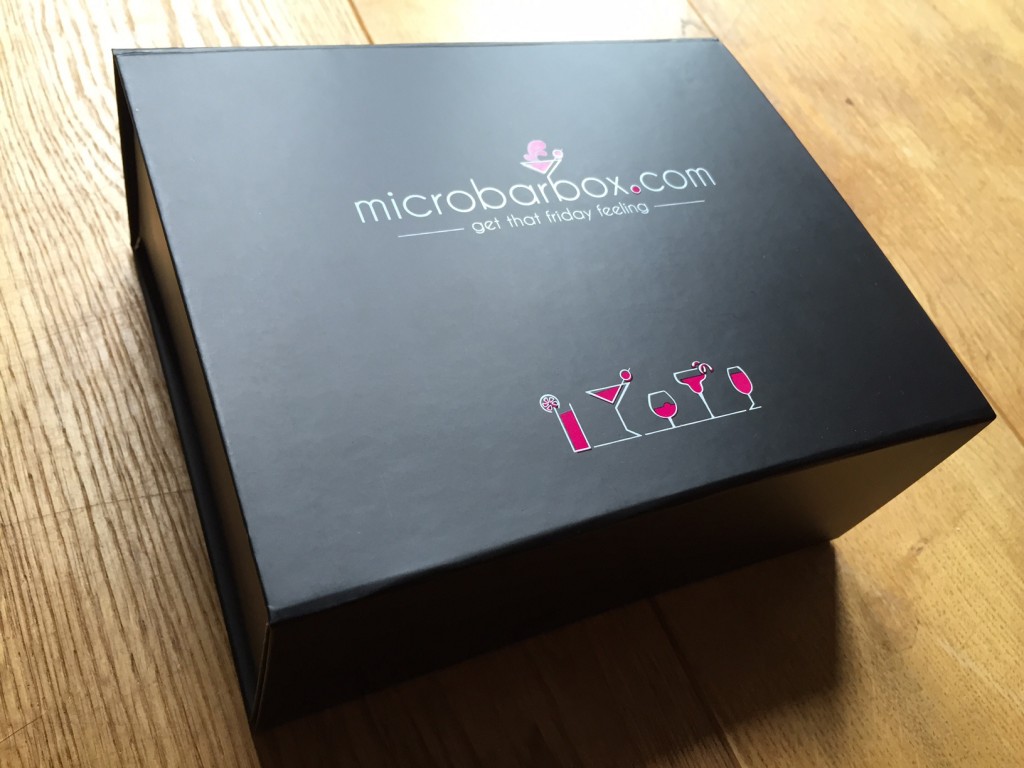 Today I’m here to share a new and very exciting subscription box with you. I’m a sucker for a new start-up and love to support small businesses, it’s extra fun when it comes in the form of a mini bar subscription box.

I’m sure you’re all familiar with the monthly subscription service concept by now so I’ll dive straight in. The box I’m talking about is the MicroBarBox. Each month a beautifully packaged box will arrive at your door filled with cocktails, wine and snacks, what more could you ask for?

The idea for MicroBarBox started in an Indian restaurant, my kind of people. The team is made up of Kate Daracott, Paula Haynes and Graham Darracott. Kate’s idea for the company started with a desire to become a customer of such a subscription box and it just so happened that after a lot of research she realised she’d stumbled upon a gap in the market. When the faces behind a brand are so passionate about their product you know they’re onto something good. 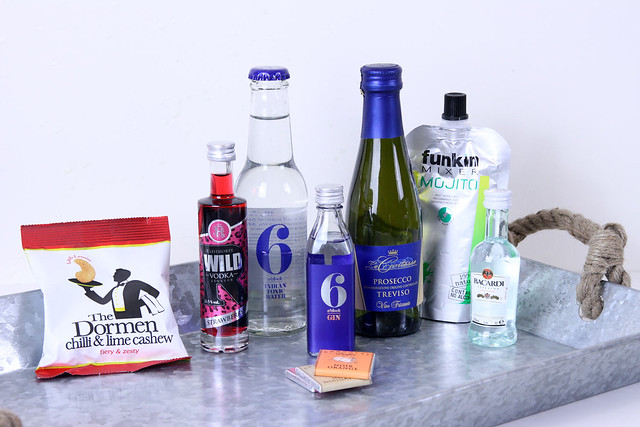 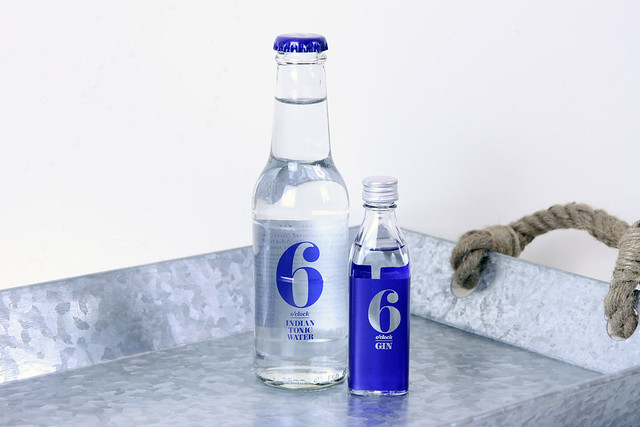 I’d never heard of the brand so decided to do a little research. Bramley and Gage was started here in England by Edward Bramley Kain and Penelope Gage and is now run by their son and daughter. They only use whole fruit that grows naturally outdoors in the UK, they have a focus on keeping everything as local as possible and they don’t use colourings or flavourings. There’s nothing quite like supporting a small family business and I’ll look forward to try more from the brand.

I’m honestly pleased to have discovered this brand and that’s something that wouldn’t have happened if not for the MicroBarBox. 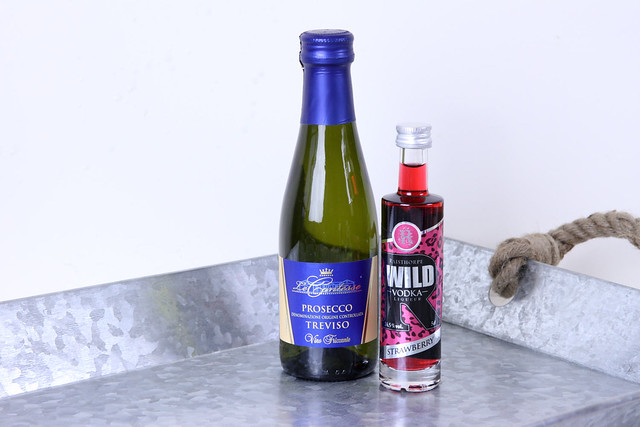 Next to come out of the box was 200ml bottle of Le Contesse Prosecco from Italy. Le Contesse is a popular winery in the Veneto region for prosecco wine. I don’t know a lot about wines but after the taste test it was clear that they sure know their sparkling wines.

Next up was the 50ml bottle of Raisthorpe Strawberry Vodka. This stuff is really good and not too sweet. Raisthorpe Manor is based in Yorkshire and began producing food and drink in 2008. Prior to this they were providing homemade raspberry gin to their guests, it clearly became very popular. Ingredients are locally sourced where possible and they’ve even won a bunch of awards. I’m keen to try more from the range, especially the raspberry gin. 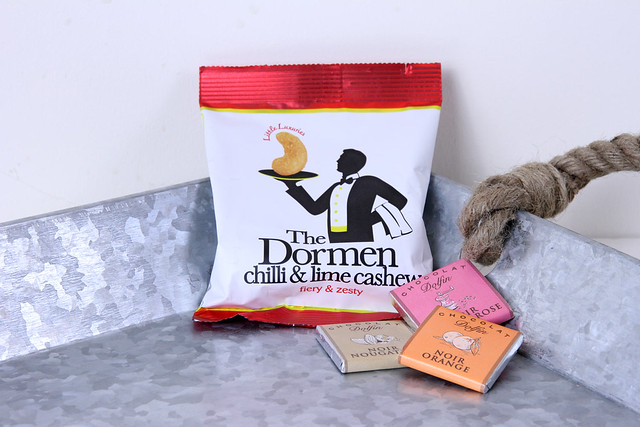 Let’s move onto the snacks before another drink. The Dormen brand was started over 25 years ago, that’s pretty impressive. The chilli & lime cashews in this month’s box were delicious, I’m fairly sure I ate the majority of them. They’re hot, zesty and very morish.

The 3 Dolfin chocolate squares were hidden away in the box. I love to try new chocolate, especially when they’re created with fruits, spices and herbs. The more unusual the flavour the more excited I am. They were very tasty and I actually had these with my early morning coffee. If I had to pick, the Pink Peppercorns square would probably be my favourite. I’d love to pick up some larger bars of these at some point. 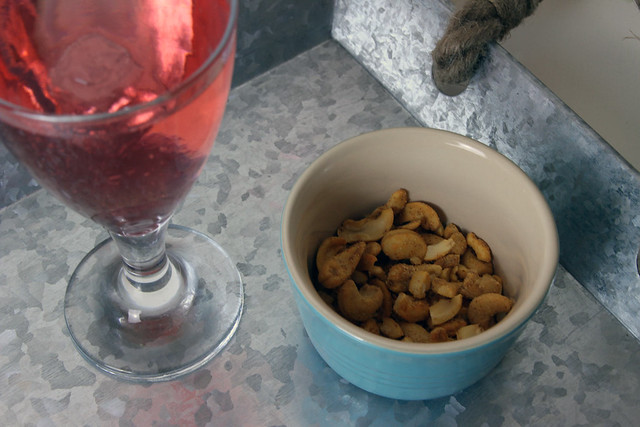 The handy little note card that comes with the box suggested mixing a dash of Wild Vodka with the prosecco to shake things up a bit. So I did just that and it went down very well, the cashews didn’t last long either.

The handy note card gives you information on the best ways to mix up your drinks as well as a few suggestions for those of us feeling a little more adventurous. 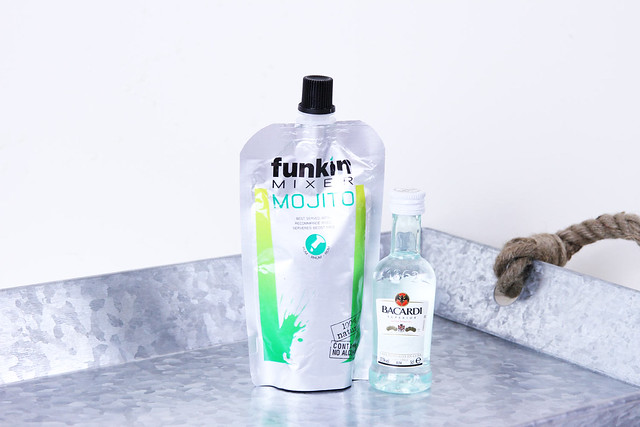 Now it’s time to focus on the Funkin Mixer, I’d seen these around but never tried them. This is the mojito mixer and it’s made up of 100% natural ingredients. I decided to mix it with the rum (although you could use the gin) and a sprig of mint, it was very very good, much better than my own attempts at making a mojito. Sometimes it’s nice to keep things simple and whip up a cocktail at home without any fuss. I will be buying this again. 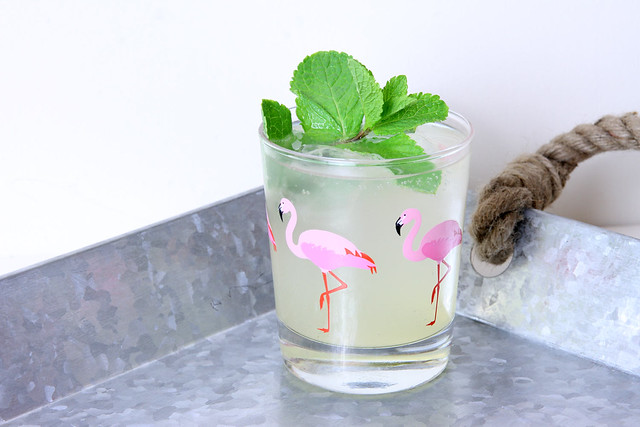 Not only can you treat yourself to a subscription but they’ve also made it easy to treat a friend. MicroBarBox offer themed gift boxes (Gin & Tonic, Cocktails, Chocoholic or Variety Box) and if you can’t decide then you could just grab a gift card. I’m so taken with this concept that a few of my friends will be receiving something from MicroBarBox for their birthday treats. I’d also like to try the Chocoholic box myself.

If you happen to stumble upon a new favourite in one of your monthly boxes then soon you’ll be able to pick up a full sized bottle direct from the site. These guys really are making it all very easy for us.

The clever folk at MicroBarBox have created two sizes to pick from; standard or double (double the contents and of course, twice the fun). So, you can squirrel away your standard box or go for the double and share with a friend. I received the standard box and found that I was still able to share out the drinks and snacks between the two of us for a fun and relaxed evening after work.

The reason I like these types of subscriptions services is that you not only receive a cheeky surprise in the post each month but it’s a fantastic way to find out about new and exciting brands. 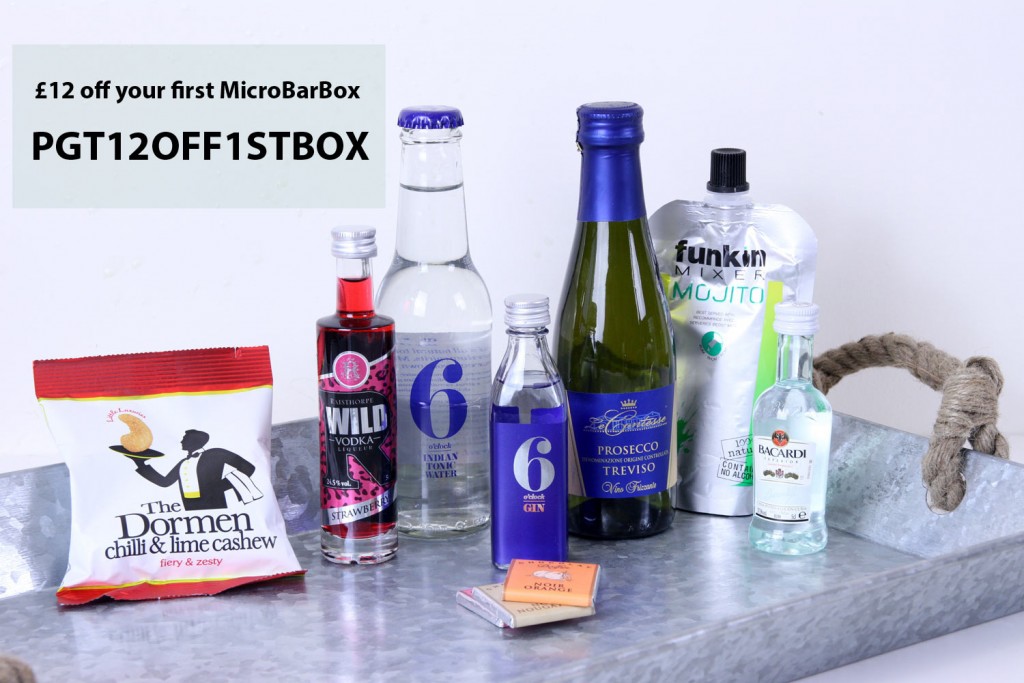 So, if you like the sound of MicroBarBox then you’re going to love this generous discount code that they’ve created just for readers of Prettygreentea. Simply pop PGT12OFF1STBOX when you sign up to any subscription.

I’ve got a hunch that MicroBarBox is going to go far!