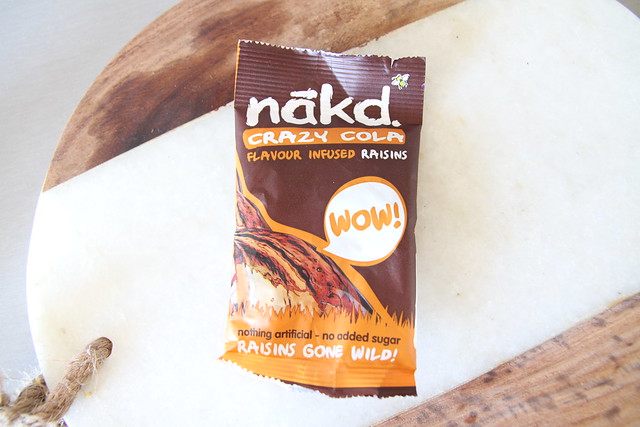 Today I’m here to tell you about another product from the fantastic people at Nakd. Have you heard of their new range of flavour infused raisins? Yes, they’re a real thing and today I’m going to share my thoughts on Nakd’s Crazy Cola raisins.

I stumbled upon these in Holland & Barrett the other week and couldn’t resist giving them a try. I’m not normally the type of person to snack on raisins, I prefer using them in cooking and baking. However, I was starving and craving sweets so these seemed like a good compromise. 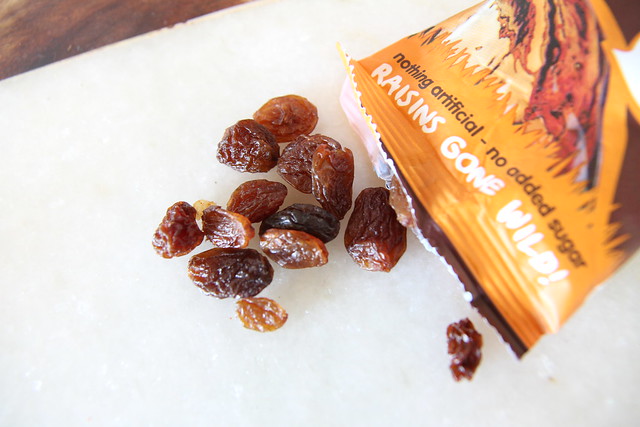 As soon as I opened up the packet there was a strong scent of cola. The raisins really do taste just like cola. They’re almost like those cola flavoured Mr.Freeze pops from when we were at school (do they still do those?), except these are made with all natural flavours and ingredients. The cola flavour outshines the taste of raisins, so even if you’re not keen on traditional raisins then these might be worth a try.

I think they make for a good alternative to sweets and are one of those snacks that are handy to keep in your handbag for emergencies. Nakd suggest using the raisins in baking, which I’m keen to do. Maybe I could make some wheat free (find out why I’m going #wheatfree) cookies or use them within my banana and walnut muffins.

You can also find these Nakd raisins in lime, orange and cherry. I’ll be sure to grab some more and let you know what I think of them. Have you tried any of Nakd’s flavour infused raisins yet?