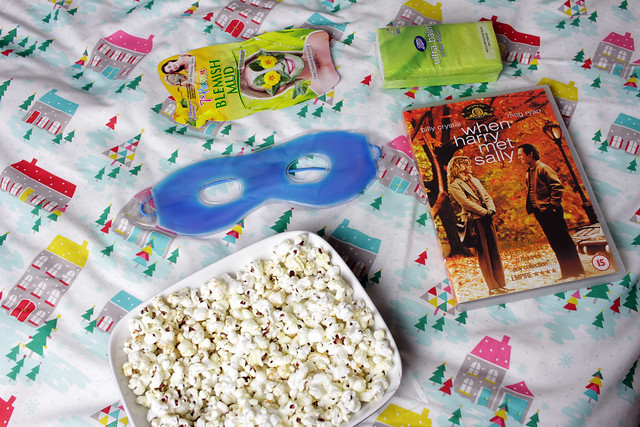 I love staying in on a Friday night, especially during the colder months. I always plan to watch a film but then work gets in the way and I spend my evening typing away on the laptop. However, this month I’m aiming to take off one evening a week to snuggle up under a blanket, put on a film and relax.

It just so happens that since the end of October and throughout December it’s BFI Blockbuster LOVE season. There are going to be UK-wide screenings at cinemas and rare releases on DVD. The BFI player is filled with classic and contemporary films which you can easily access from the comfort of you own home.

I’m going to be honest, I haven’t watched a film in ages. But with this little push I’m ready to make more time for films and relaxation.

The lovely team over at Plusnet have partnered with BFI and put together a sweet little goodie box filled with everything needed for a cosy night in watching films. As if that wasn’t enough they also supplied me with a curated list of love films over on the BFI Player. Some of the films you can find on there are;

The other night I finished up with work and dinner at 7. I put on a face mask, covered my hair in coconut oil and settled down for a relaxing evening. Just 20 minutes later the masks came off, I dried my hair, Phil made some popcorn and we spent the rest of the evening drinking tea and watching films. I did end up planning my work for the week ahead whilst watching the film but I didn’t mind. I still took time away from the laptop screen and concentrated on a film which is something I haven’t done in a very long time.

We decided to watch the good old classic, Notting Hill and plan on picking Eternal Sunshine of the Spotless Mind for this weekend.

Have you got a friend who needs a good relaxing night in? Why not make your own movie night kit for them. It would make for a very fun and thoughtful Christmas gift. It’s so simple to do as well (I made one for a friend the other year). Pick out a gift box, or use an old shoe box and cover it in pretty paper. Then fill it with hot chocolate, a hot water bottle, a cosy blanket, a few films, popcorn, fruit and some other healthy or unhealthy snacks.

What was the last British film you watched?