Today my friend Ian Hills from Purple Pilchard is here to share a very interesting piece on the rise of veganism.

I work with Ian on a regular basis for my Behind the Biz series – here’s his story. It’s always a pleasure to have his new and exciting clients involved with the series. Today I’m delighted to be sharing a guest post from Ian on the rise of veganism here in the UK.

Take it away Ian.

One of the most amazing food & drink success stories of recent times has been the unrelenting rise of ‘plant power’ from ‘angry fringe huddle’ to ‘beautifully buffed and polite mainstream movement.’

Latest figures (KANTAR June ‘18) suggest that there are now over 4m fervent vegans in the UK which rises even higher when you add in all the freestyle flexitarians.

As a business that’s helped food & drink start-ups since 2004, Purple Pilchard has become only too aware of plant power’s rising influence and credence, as people come to terms with the realization that there’s so much more to veganism than drab, dreary rabbit food. 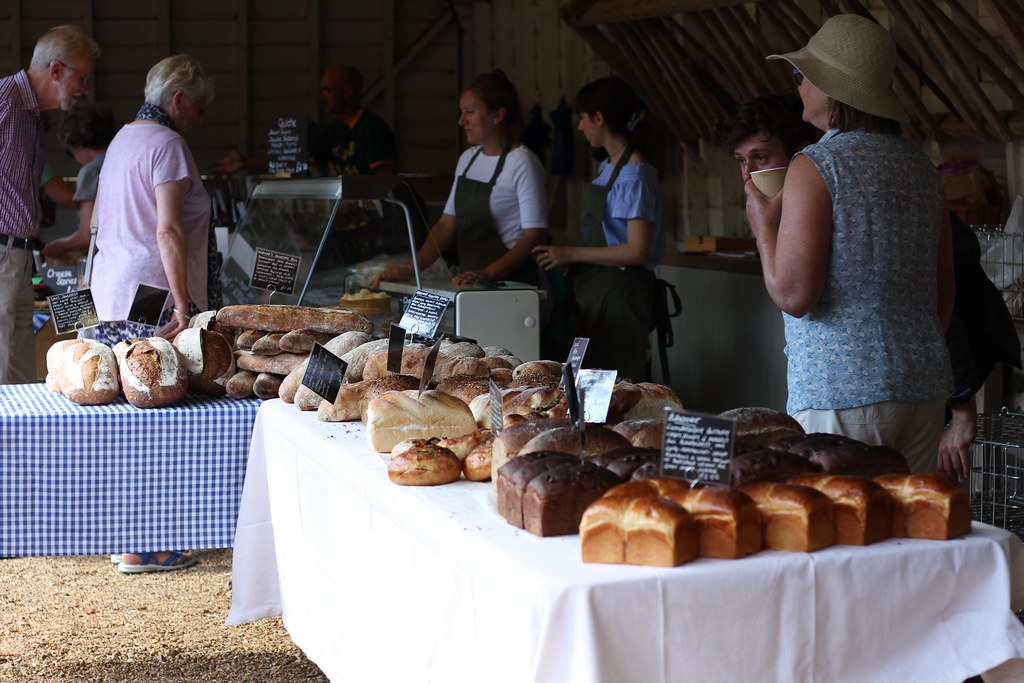 Look at farmer’s markets, street food offers, thriving supermarket aisles that not so long ago had tumbleweed meandering down them and you’ll appreciate that Plant Power is very much on the march.

Whether we’re talking vegan menus, recipe books, vibrant food festivals (Veganuary) or rising crowd-funding opportunities for dynamic vegan start-ups, ‘plant power’ is no longer a lazy phrase that can kicked down the street.

Even the British Government can walk with a slight swagger when it comes to furthering this noble cause, since successive governments have actively championed a well-meaning, five-a-day drive.

We’re lucky that in the UK such ropey farming practices as chlorinated chicken, hormone-infused beef are banned and even deplorable battery hen set-ups are on the slide. However with the incompetence with which Britain is fast isolating itself from Europe and the rest of the world (Brexit) who knows what the future holds? What is for certain is that the ever expanding human race is fast running out of land and resources and farming currently accounts for 19% of all greenhouse emissions, 70% of global freshwater consumption and 38% of total land use.

SO WITHOUT FURTHER ADO HERE’S A SMALL HANDFUL OF VEGAN-THEMED SNACKS that are doing their very best to show plant power in a tasty, positive light.

PATACONES (Made for Drink)

According to Made for Drink founder, Dan Featherstone, ‘Since our launch, almost two years ago, it’s become increasingly clear that whilst people buy into everything Made for Drink stands for, we didn’t provide any products that chimed with consumers who don’t eat meat. This, coupled with our infectious enthusiasm for the very best World Cuisine meant we were always going to consider the vibrant street food & drink cultures of South & Central America, a sublime accompaniment to the next big craft spirit, golden rum.’

For those, not in the know, plantain is the distant cousin of the fruit bowl banana, that Berkshire’s artisan snack provider unceremoniously smashes and twice fries before seasoning in salt, chilli and a sumptuous selection of traditional spices.

Even though 2018 was undoubtedly Coldpress’s Annus Horribillis, 2019 sees the poster boys of the UK HPP juice movement return to the premium chilled juice fixture with a new look, new flavours and most importantly the UK’s 1st first vitamin fortified HPP smoothie and juice range.

Whilst the likes of Innocent & Tropicana cling on to archaic, heat-based technology (1950’s) Coldpress leads a small clutch of vocal HPP pioneers desperate to resuscitate a flat-lining juice fixture with an ingredient friendly process that stays true to the fruit (& veg)

HPP is all about wellness, providing maximum goodness in every 150ml portion (getting juice to work as hard as it possibly can to minimise one’s daily natural sugars intake.

If Coldpress has to work within a slowly recovering chilled juice aisle, Yugo Spice is entering a tired cooking sauce aisle that’s almost in an induced coma.

Yugo’s highly-charged vegan themed, spiced pastes and sauces are seeking to take the predictable monotony out of lacklustre home-cooking, providing simple, stress-free cooking experiences for those adventurous foodie souls who currently lack the time, know-how or culinary conviction to truly express themselves in the kitchen.

Once upon-a-time ‘fusion cooking’ was a horribly shallow and pretentious phrase and yet in these more open-minded World Cuisine times, Yugo provides the perfect risk-free excuse to freestyle with a number of sublime yet unfamiliar ingredient marriages that ripple with flavour intensity and gastronomic depth.

If you ever wanted rock solid proof that plan-based products have shed their dullard persona look no further than the sublime Seed Snacks from Pep & Lekker.

For too long nutritious, vegan-friendly snacking has been falsely stereotyped as either ‘depressingly disappointing’ & ‘overtly worthy’ or ‘devilishly indulgent’ but bad for you.

The award-winning Seed Snacks were launched in the Autumn 18 to dispel the lazy, urban myth that better-for-you snacking meant drab, dreary nibbles devoid of flavour, imagination or whole-hearted appetite appeal.

As an enthusiastic amateur runner and on-the-go commuter, Susan Gafsen wanted a nutritious nibble that brought tasty, clean deck oompf to her day, in addition to compostable, planet-friendly packaging.

‘As someone with a lovely yet lazy vegan son,’ explains Susan, ‘I became increasingly agitated by the deluge of spurious health claims or foggy ingredient decks (that were anything but all-natural) that dominated so many vegan treat packs’.

Last but not least, flexitarian thinking is seeping into the hard-core carnivore enclave that is dog treats.

In these ‘healthier living times,’ Devon’s most discerning dog treat business has taken the imaginative step to add quite possibly the most sublime vegan-themed snack to its blossoming supreme treat portfolio.

According to founder, Joe Halliwell, ‘Our  Coconut + Chia + Turmeric treat was a positive response to a significant strand of our loyalist following who wondered if we’d consider adding a top notch vegan variant to our wider offer, a treat that specifically targeted hounds with delicate tummies & meat/protein-based allergies.’

If that wasn’t helpful enough, these hand-baked wheat/gluten free treats are a generous provider of lauric acid, (antibacterial, antiviral and antifungal benefits) in addition to being rich in beneficial fatty acids which boost K9 immunity whilst simultaneously assisting brain and eye development.’ Then there’s turmeric, widely admired for its wide reaching, anti-inflammatory properties.

So there you have it, 5 very distinct plant power products that doing their bit to champion a vibrant vegan movement in the UK.