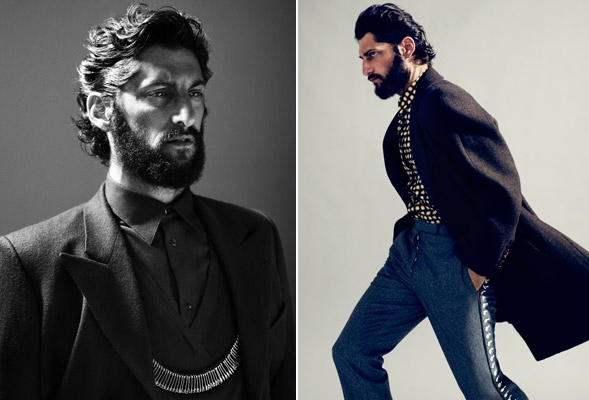 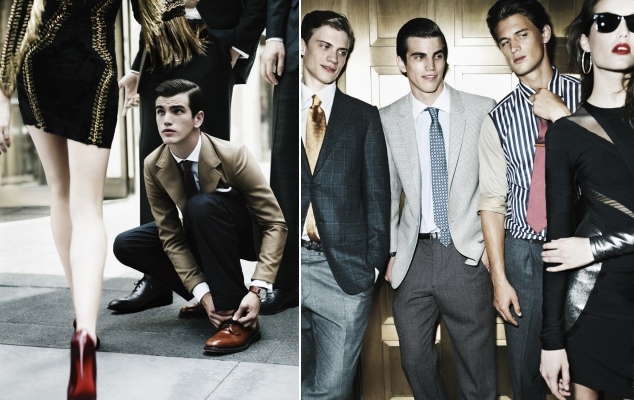 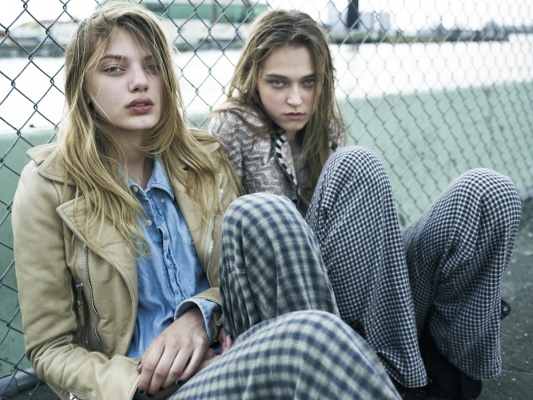 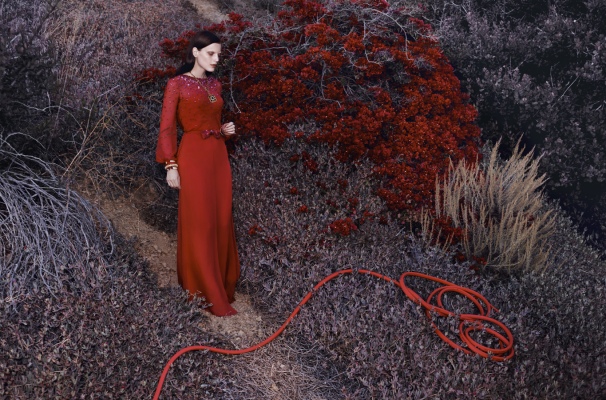 Josh Olins photography is quite something, there is a very powerful element which sucks you into each photograph. I think it is all about the focus on eyes and facial expressions within his photographs which drag you in. The colour schemes are always quite perfect too, they can give a cooling or warming sensation as you look at them. You can see this in the last two photographs.
The second photograph has been shot so well, it gives you the feeling that you are witnessing a moment  which is a little cheeky and not meant to be captured on camera. A sneaky look in her direction but with no knowledge that their actions have been caught on camera.
It seems I have worked backwards at explaining my love for each photograph. The first one is very powerful and strong, it is the shadows which cause such a deep feeling. The beautiful suit, strong eyes and the feeling of a quick paced movement from the second photo is giving off that same strong and powerful feeling. This man has somewhere to go, he has power and he is dressed so perfectly well. The crease in the arm of his jacket makes deep shadows, this really adds to the photograph.
Josh Olins: personal website.
xx