I have been thinking about Edward Scissorhands all weekend so when I spotted his name trending over on Twitter I had to click and find out why. A few tweets later and I am sitting here watching one of my favourite films (on E4) and writing about it on my blog because Twitter gave me the kick I needed. Edward Scissorhands is up there in my top ten list of films and it’s very unlikely it will get knocked out of that list. I could talk for hours about all the reasons I like this film but for the purpose of this post I would like to point out a few small and probably very obvious things before linking it to something I want to do with my blog. 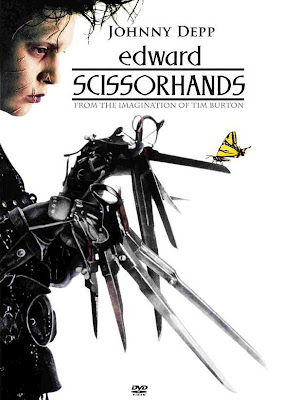 Image from here.
Edward Scissorhands shows that people are scared and curious about anyone who is different and these people will behave differently towards anyone who is not what the world classes as ‘normal‘. It also shows how people are quick to judge and you know what’s really scary? It’s that people in this world act exactly like that…still…in our world, today, 2012. That’s sad isn’t it? Tim Burton got it so right with this film. I was about to continue writing about the visual side of the film but I must stop for now…maybe another time? 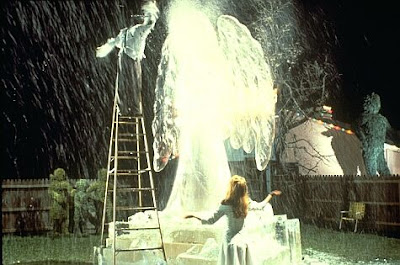 Image from here.
So my thoughts about Edward Scissorhands over the past few days got me thinking about how I can use my blog to help others in a variety of ways. I still want to use my blog to talk about the things I like and enjoy in life but also to help others and raise awareness about different things. I was never my true self because I was trying to figure out where I fitted in and I was scared to be myself. I liked the concept of learning at school but I wasn’t so keen on the social side. I had friends but I spent time drifting in and out of different ‘groups’ trying to find out where on the stupidly small playground I fitted in and I don’t think I ever did work that out at school. I became a bunch of different people (some good, some bad) during my school years but never ME. After banging on about myself for a few minutes what I want to say is that I want to use my blog to show others that it’s ok to be different, it’s ok to listen to a different kind of music to your friends or wear a different style of clothes. We spend our school years trying to figure out what we want from life and of course trying to find out who we are. Sometimes it’s hard and we don’t have the freedom to be ourselves but I think everyone should have someone to tell them that it’s cool to do things your own way. I don’t quite know how I will do this (I have already been trying in some posts) but we will see how it goes. If you have any feedback or anything you would like me to cover then please leave a comment or just drop me an email and maybe we could work on some things together (alittlebitdaisy AT gmail.com).
Before I go I will tell you a little secret ..I want to runaway with Edward Scissorhands, I think we would be very happy.
xx