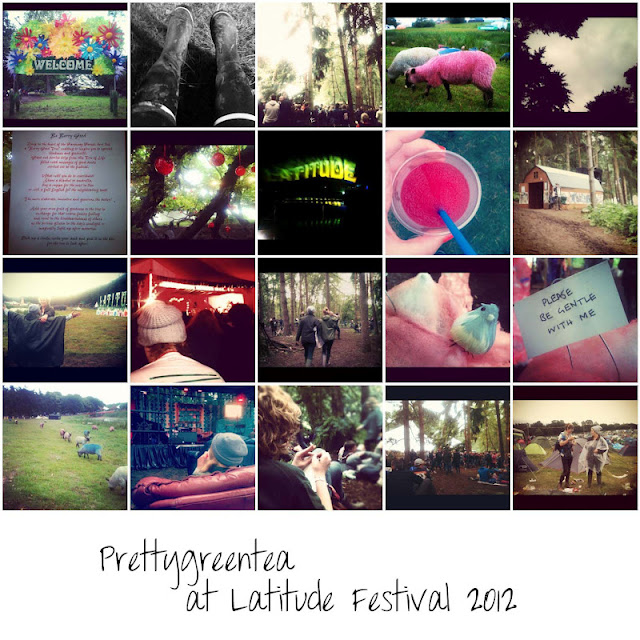 I wasn’t allowed to take my Canon 7D into Latitude Festival. I have never been stopped from taking my previous DSLR cameras into festivals before but I do understand why they stop people. If only they would have believed me when I said I would be taking photos of cupcakes, sheep and post signs as opposed to bands and trying to sell off the photographs. Oh well, I got some fun shots via instagram.
I met up with thatcrazykidpea1 and her pals when I was there. Copious amounts of whiskey and cider were drank whilst sitting and listening to music in the sun. By night we were still on whiskey but were standing under the trees in the forest with the rain pouring down. I think the forest area was my favourite part though I am sure there were many areas I didn’t manage to see as the site is so big. At night the forest is covered in fairy lights which gives it a very magical feel.
There was a very wide range of ages at the festival, it was all very relaxed and much like Glastonbury. Things are going on at the till around 3am which means there is no chance of getting restless after the headlining act is done. Just a little warning, you may get very tired with all the walking you will do but it’s all part of the fun and helps you to walk off the cider.
Did any of you go to Latitude Festival this year?
xx