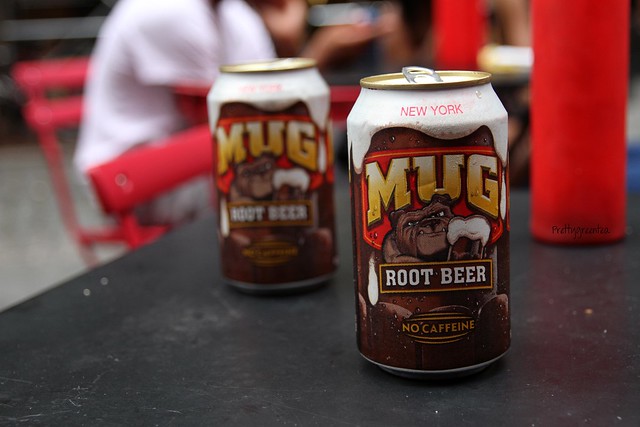 Me and D grabbed a can of root beer when we were at Burger Burger (more about the best burgers ever, later). Root beer is made from the roots of plants, the sassafras plant is the main ingredient and also includes roots such as dandelion, burdock and a selection of spices. Neither of us had ever had root beet before and weren’t totally sure what to expect. For some reason I had always imagined it as a type of ginger beer with a splash of dandelion and burdock, I was quite wrong. I bravely took my first sip and was met with the taste of Listerine. Yes, this stuff tastes of mouthwash and yet everyone seems to love it. I didn’t hate it though, I actually drank a fair bit of the can but during the whole process I felt confused and my brain was a bit like,  wtf is this. So root beer wasn’t awful but I can’t say that I want to drink a can of Listerine again so it isn’t likely that I will be picking up a can next time I see some.
Do you like root beer?
Maybe the brand I picked up wasn’t so good, do you have any recommendations?
xx