Don’t you hate it when you buy lots of fruit and veg then forget to eat some of it. I often end up finding half a fennel or courgette knocking about in the fridge screaming to be used up. This time it was a bright purple aubergine which caught my eye when I was trying to decide what to eat. It needed eating up because it had started to go a little soft. The aubergine was meant to go in a curry, but I totally forgot about the poor thing.

I had no idea what to do with the aubergine and wasn’t in the mood for making anything fancy. After a quick call to my dad to see what he suggested I decided I’d pop it in the oven and have it as a side with my salmon.

I simply sliced it in half, cut lines across it (an inch deep) and stuffed it with garlic and olive oil. It went into the oven and stayed there for ages. Some how I managed to forget to wrap it in foil so after taking the final photo I actually wrapped it up in foil and kept it in the oven a little longer. I think next time I’ll put it in foil first and then brown off the top at the end. 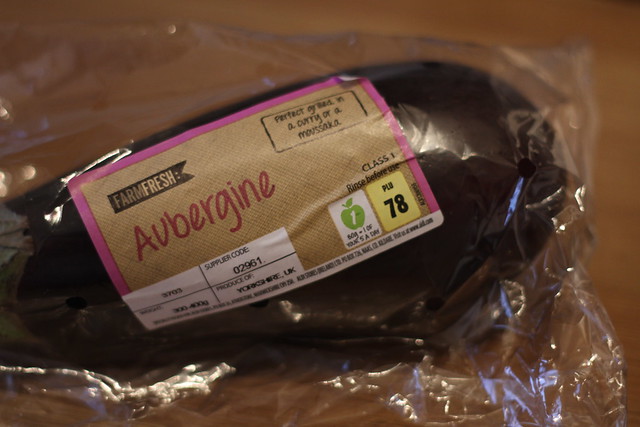 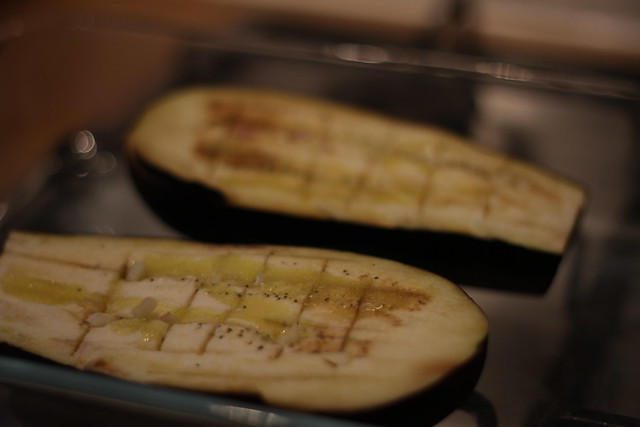 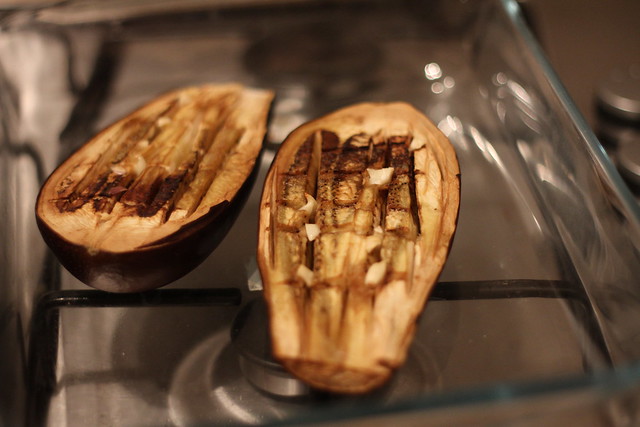 This ended up being a really tasty side dish with salmon.