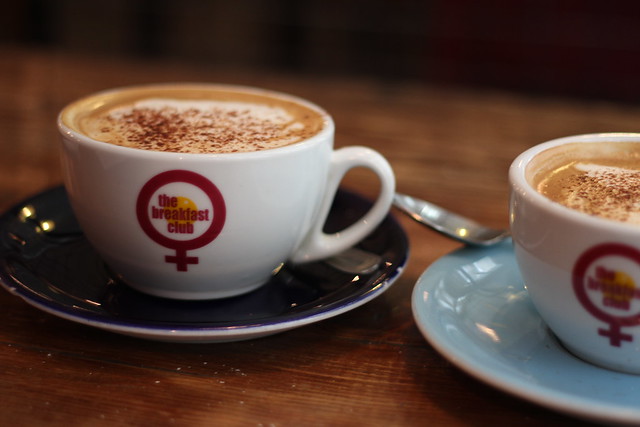 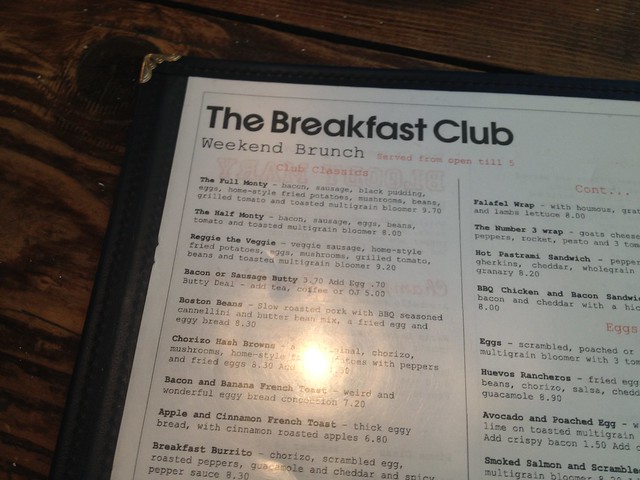 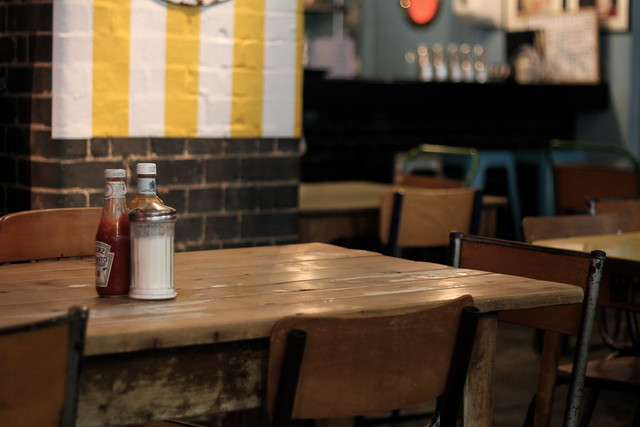 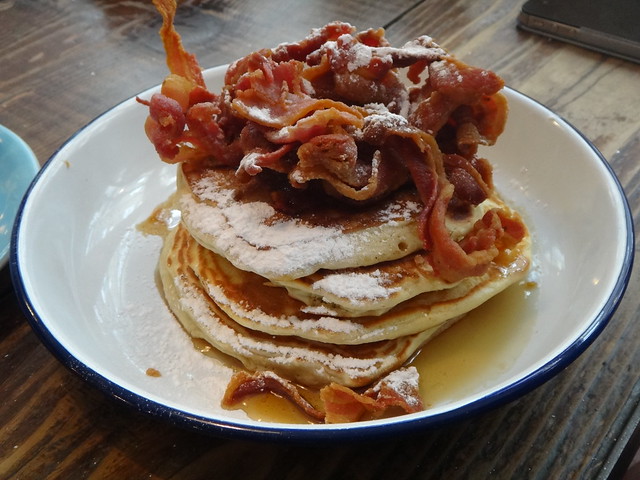 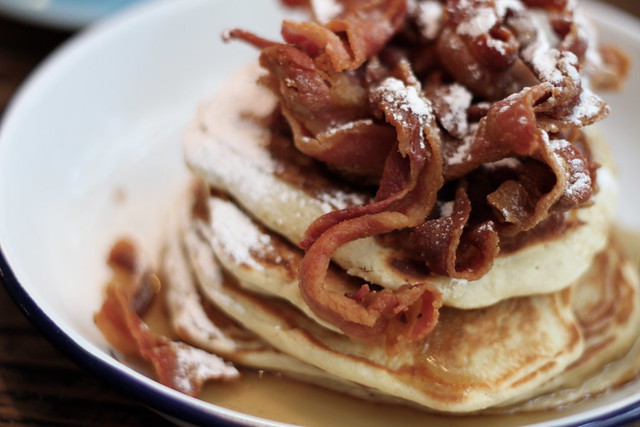 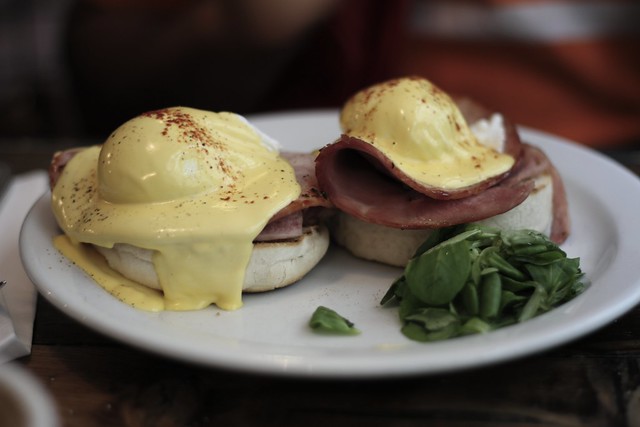 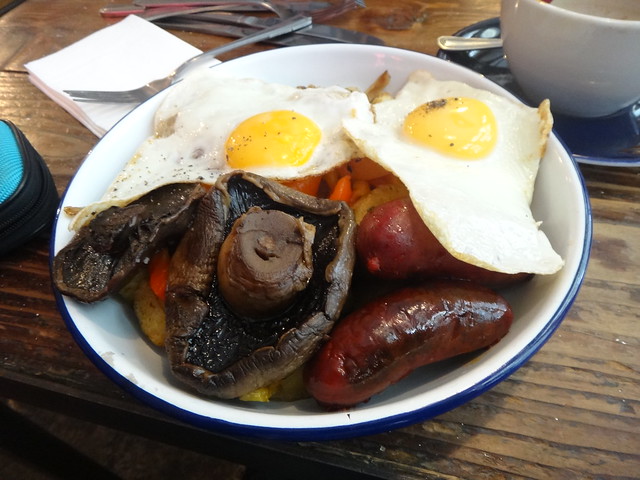 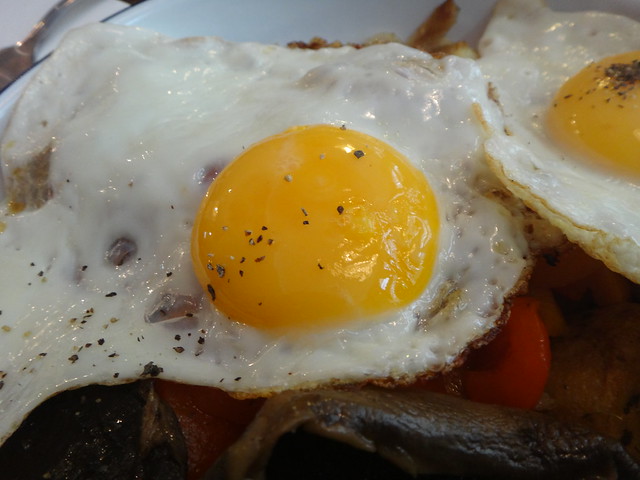 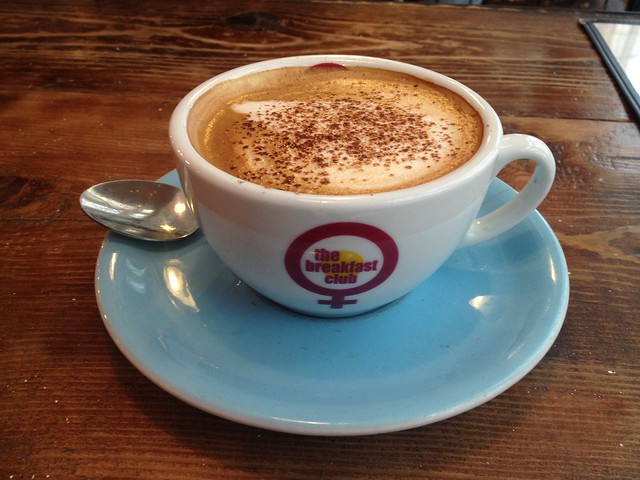 It may have been a while back now but I thought it was still worth sharing a few photos from The Breakfast Club in London. I wrote about my London trip a few weeks ago but didn’t go into any detail on the food we had.

I didn’t get many photos when we went to The Breakfast club but I think the ones I managed to get really do the food and coffee justice. We all met at the one near Liverpool street at around 9am. It wasn’t too busy and there were plenty of seats to pick from. I’ve heard that some of the other branches (there’s 5, soon to be 6, in total) get very busy if you’re not there early enough. The Spitalfields branch was very roomy, filled with toys from the 80s and a lovely smell of coffee was floating around.

The staff were friendly and it wasn’t long before we had a good, strong coffee to sip on whilst we browsed the menu and realised how hard it’d be to make a decision. After a lot of debate I went with the bacon pancakes. The pancakes were light and fluffy and I know it sounds strange, but so was the bacon. It was a different to any bacon I’ve had before but really very tasty. As soon as the first crunch was taken it seemed to melt in my mouth, I can’t really explain it. Maple syrup had been poured over the top of the bacon. The portion was huge and I’m pleased to say I didn’t make it all the way through.

Everyone else was happy with their breakfast and managed to finish it all off. Emma had a delicious looking Greek Yoghurt which was mixed with oats and raspberry.

Although I really enjoyed the pancakes and bacon I think I’ll probably pick something different next time I go. Pulled pork, maybe?

The Breakfast Club is a good (a little pricy though) way to get yourself set for a day of walking in London.