I’m in a bit of a fashion rut. It usually happens around this time of the year, probably because of the constant changes in weather, you just don’t know where you stand. Another factor at the moment is my gym routine. My sessions dropped from 5 to 1 through February and March. Over the last week and a half I’ve started getting back into the swing of things but it’s going to take a month or two to start feeling healthy again. Once I’m back on track I’m going to look into switching my style up a bit.

In an effort to avoid buying clothes for a while I’ve ditched my brogues for ankle boots to give my outfits a new kick of life. I’ve been living in these little black boots lately. They go with most of my clothes, are pretty solid and very comfortable. I usually find that the heels on boots tend to need replacing immediately as I do so much walking. So far, these booties seem to be holding up well.

The boots came from House of Fraser in Norwich. They were in the Kurt Geiger section and classed as KG Girl. Is that a thing? I’m not sure that it is. They didn’t come in a box and there are no markings on the boots which is a little odd. What I can tell you is that the Norwich House of Fraser still has them in stock and they’re around £55 and very comfortable.

Yes, my boots are a little muddy, that’s life here in Norfolk. 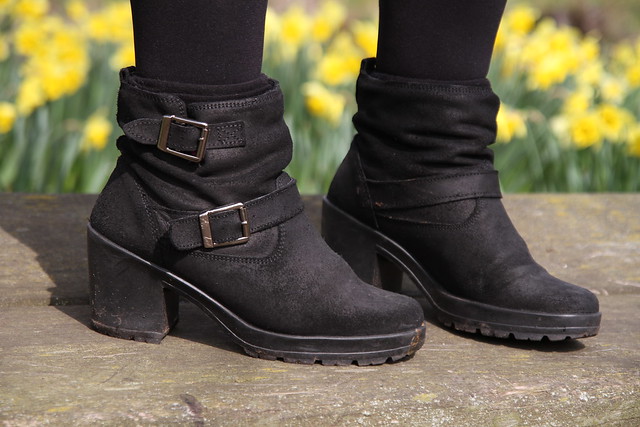 As I was writing this post I decided to see what other ankle boots are on offer at the mo. This was a bad idea. I’ve now got my eye on quite a few and I can’t decide which I like best. It would be nice to have a few boots to alternate between and help with mixing up my outfits. I’ve pulled together four boots which I think would go well with a dress, skirt or even jeans. 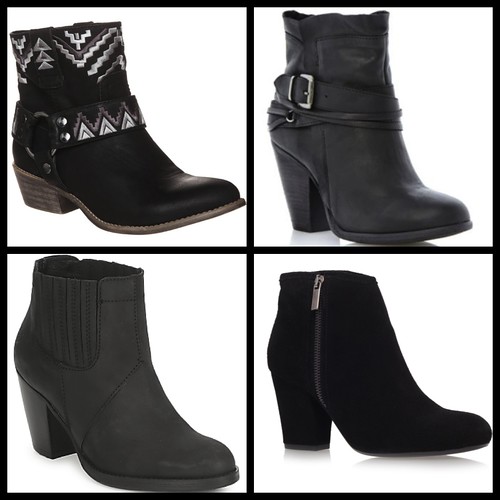