After the success of my Career Inspiration series I’ve decided to start up Uni Life. The purpose behind this new interview series is to give prospective and current students an insight into life at university, what it takes to get there and how to survive.

It’s hard to know what path to take when you’re in college and there’s a lot of pressure to go to university or dive straight into the world of work. I hope that this series will give those of you a chance to learn from current students about the courses you’re interested in.

First up we have Joelle from February Girl. I met Joelle back when we experienced the 787 Dreamliner. During that trip I started thinking about interviewing university students because I was blown away by the passion Joelle had for her course, Petroleum Geology. 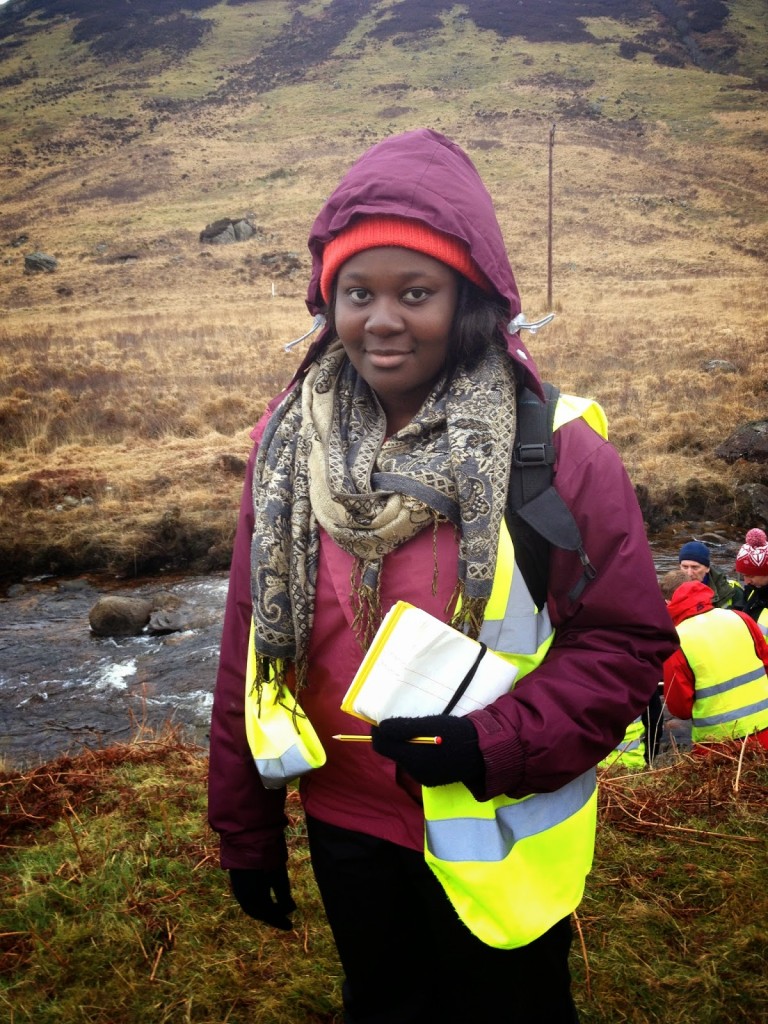 What course are you studying at university?

I study Petroleum Geology and started in 2012. I am currently halfway through my third year out of four years.

Did you have to study specific subjects at college to get onto the course?

It’s quite a funny (not really) story, actually. I started off my A Levels doing Geography, Maths, Chemistry, Music and Physics, which was a perfect combination for the universities I applied to (for Geology you must take at least two science/maths-related subjects.) However, two weeks into Sixth Form, I dropped both Physics and Maths as I was struggling and knew I wouldn’t reach my target grades. I had no choice but to pick up Government and Politics instead, as it was the only course left that was not full. I then dropped Chemistry in Year 13, which really hindered my chances as I only had Geography left as a science subject. However, because I wrote a kick-ass personal statement (I’m still proud of it to this day!) explaining my passion for the subject from a young age, I managed to still get all five university offers. I almost fainted.

How did you know this was the right course for you?

I knew I wanted to be a Geologist at the age of 7! It seems mind-blowing to some people to have been so determined and head-strong at that age, but for me, I’ve just always had an interest in the earth and what forms it.

It started at 7 when my Year 2 teacher taught my class about gemstones, dinosaurs and fossils. It was so fascinating to learn that there were creatures and beasts roaming around the earth before humans and that rocks are the key to discovering what the earth was like millions of years ago. I started to focus more on Petroleum Geology that Palaeontology when I was 18. The oil industry really fascinates me and it’s had better job prospects after university. With the encouragement from my parents, who told me I could do whatever I wanted. They put up with my clutter in the form of telescopes, atlases, microscopes, rock polishers and rock collections. And I will be forever grateful.

What do you enjoy most about your course?

The learning and travelling – Geology is so broad, but because it’s about the history, chemistry, physics of the earth, it’s so fascinating and captivating. Whether you’re into minerals, fossils, volcanism, rock structures or petroleum, there is something for you!

What do you find most challenging about your course?

The challenging conditions we have to work in on fieldtrips. I gained almost 2 stone in first year, and it made the 12km uphill walks on field trips in freezing, wet weather very difficult for me as I was not as fit as I should have been.

I recommend keeping active as a Geology student so that demanding conditions don’t slow you down and stop you from doing your best work.

Secondly, sexism – it’s still a bit of an issue with STEM degrees because it’s a male-dominated thing, with few women. I see it sometimes and can tell that some students and even lecturers are still uncomfortable with the females on the course. With that said, it is very unlikely to hinder your studies in any way.
If you are a woman looking into doing Geology, being in a predominantly male environment shouldn’t put you off, but it’s important that you know these things exist before you start. If you got onto the same course and got similar grades, you deserve to be there as much as everyone else! 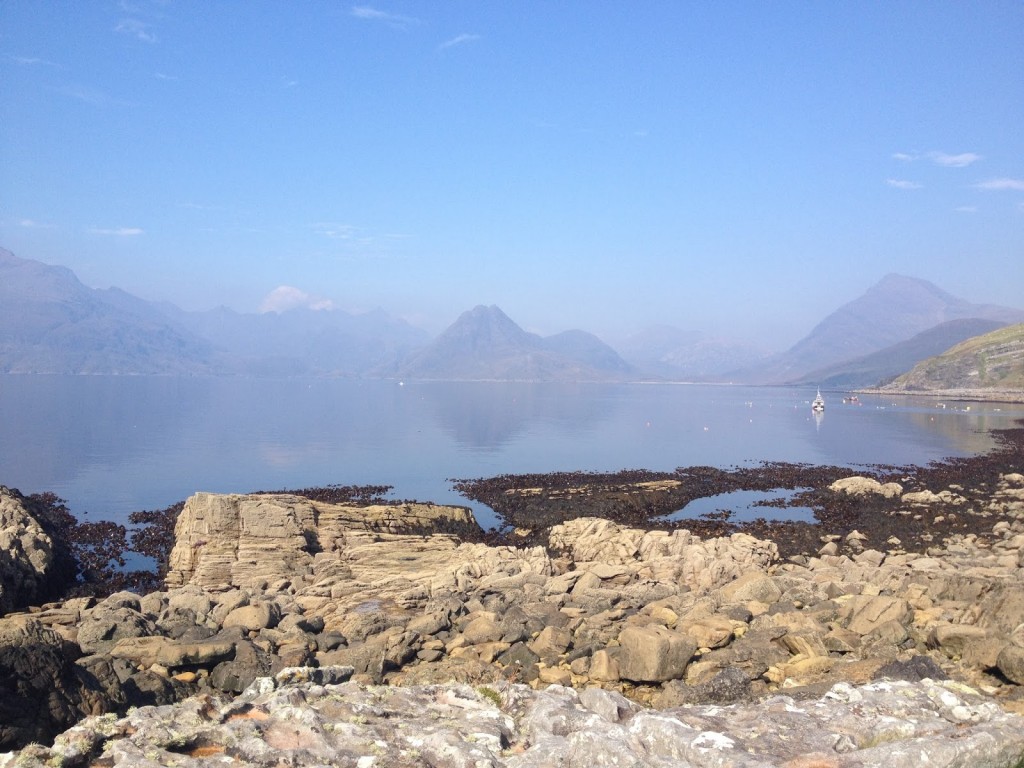 Are internships easy to come by in your field?

There are lots available through large oil companies like BP and Shell. However, like every other industry, you are competing with thousands of other undergraduates for a handful of positions. So you have to find these internships at the end of first year (or second year if your degree is four years) to make sure that you don’t miss out on the deadlines and grade requirements.

For Geology, good internships are not advertised well, so have to research and find them yourself. They are incredibly useful though and the contacts and skill you can from them can be life-changing.

Please tell us about an internship/work experience that you’ve gained something positive from.

I have not done a Geology-related internship yet. I will be doing that in the summer of 2015, hopefully after my 6 week mapping project. However, I once did some work experience at Westminster Abbey. Not only did I rub shoulders with The Queen and Prince Phillip, I ended up getting a job at the end of it! That was an amazing experience as a 16 year-old. I learnt about working in a Press office, how an Abbey is run/maintained, working with foreign visitors and historical figures buried in the Abbey (there are hundreds including Isaac Newton, Handel and Queen Elizabeth I). Those skills still help me out to this day!

Do you have any career plans in mind for when you’ve graduated?

Do you take part in any student groups or outside activities?

Yes. I am part of the African and Caribbean Society and acted as the Publicity Officer last year. I was also a member of the Concert Band, playing the flute. I’m looking to get into a new sport now that winter is ending – no idea what to do though, but there’s a lot on offer.

What do you do in your spare time?

I do quite a lot of things because I like to keep busy, which stops me from feeling homesick. I’m so fortunate to live in a city that has so much going on, that it’s hard to get bored. Walking on the beach, taking day trips to Stonehaven, going to the local theatre and taking part in orchestra (I also play the flute/piccolo) are some of the things I get up to outside of class.

I don’t go clubbing as much as I did in first and second year, but still go out occasionally to bars and restaurants with friends after uni. Aberdeen is so vibrant in the evening and coming from London, I honestly did not expect it a city in Northern Scotland to cater to my usual city needs, but it’s an amazing city. Writing my novels, plays and my blog (www.febgirl.co.uk) takes up a lot of time after class, which is fine by me because it keeps me entertained and sane when I’m at home.

What would you’ve liked to know about university life before you started?

Everyone is in the same boat. When you set off as a Fresher and find it hard to adjust to university culture, it’s easy to think that you’re the only one struggling to cope. But when it comes to making friends, trying new things and starting a fresh course, everyone feels the same way and has the same concerns/worried.

I’m glad I talked to others at university and from home about my anxieties and managed to push myself to try as many things as possible, instead of giving up and flying back home. Speaking to my uni friends, it’s kind of funny how we all had the same issues during Fresher’s but found a way out!

What keeps you motivated?

The thought of standing on that podium with a cloak and a cap and finally being able to say: ‘I wanted to be a Geologist since the age of seven, and fifteen years later… I DID IT!’

What advice would you offer to prospective Geology students?

Know what you’re getting yourself into – it’s a demanding degree! During the degree, you may be motivated by the money you may potentially make at the end of it, but there’s a lot to learn and explore before then.

If you like a challenge, work well in teams, but also work independently and love to travel (and climb steep hills), this course is perfect for you! Extended reading and further learning outside of labs is the key to getting ahead and doing well (which I should have remembered in second year!).

Come with an open mind and a genuine passion for all things earth! It will slowly take over your life, but in a good way.

Finally, what is your go to meal after a busy day of lectures?

Gone are the days where I just snacked on chips (I lived opposite a chip shop…) and cheap pizzas from Morrison’s. Now, I get creative in the kitchen with seasonal veg and whip up fast, fresh veggie stir-fries or roast vegetable couscous salads with feta cheese. Buying a large bag of curly kale and making kale chips as a snack is really great during busy days too. It takes under 10 minutes and is super filling and still healthy!

If you would like to take part in my Uni Life series then just drop me a message on Twitter.